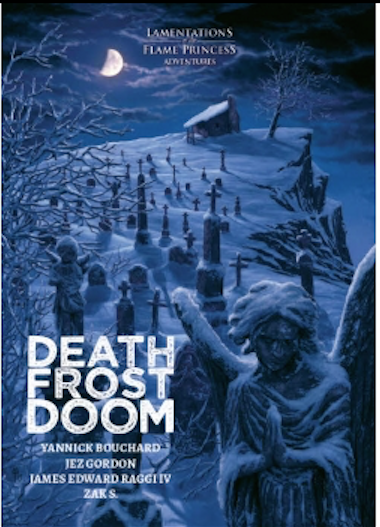 THE TEASER
(cover)
BOOM - somehow you've made it to the graveyard. It's dark and blue and there's that perfect stillness of snow and moon and dead trees. Expectant. Waiting. You're the only thing moving, and you can't imagine it was ever any other way - except - that angel statue praying at you. Did it just look away? Did it glance at your face?
You look up over the expanse of the graveyard, to the peak. Each grave not staring- no, nothing so vulgar - but aware of you. Expecting you. Hoping you'll  -
Hey, that shack at the top is pretty small. That can't be where all that stuff we heard about is, right?

BOOM
(the endpapers/maps)
"Hey guys, there's a shaft!"
The clueless stumble about, flashes of graveyard, flashes of cabin, the mundane made frightening by time. NOW TUNNELS - I see them running, the clueless ones, from what they've unleashed. Screams. Glimpses of monsters. Was it right, or left? There are so many tunnels. We know where we're going to die - FADE TO BLACK.
CRACK OF LIGHTNING.

The title lights up the screen in a diseased white, the font inevitable, trypophobia triggered -

That's my best attempt to relate the cinematic synesthetic experience I have flipping through the new edition of Death Frost Doom, from Lamentations of the Flame Princess. The new edition reimagines and doubles down on every element of the graphic presentation of this OSR Classic that "launched a 1,000 screams", and I couldn't be happier about that. One of the feelings the original PDF* evoked in me that reminded me of older TSR D&D material was, "But how the hell do I use this stuff?" I could tell there was great stuff in there, but it took a lot of parsing uniform blocks of text to piece it all together.

This new edition is easy to read, easy to parse, nearly runnable from the book - which is a high accomplishment for such a dense adventure, and especially one so idiosyncratic. Zak Smith's rewrite and Jez Gordon's art, design, and cartography make it clear just how much this adventure is fission, is a haiku, is a small thing from which years of DnD (death and doom?) can flow. There's so much here, and now it's in a form my visually-oriented and ADD addled brain can make prime use of. Zak writes in such a way that James Raggi's original ideas shine; the original was so charming and unique and so fitting for a mood that's hard to capture in RPGs that I kept coming back to struggle with it's uniform blocks of text and haphazard maps. This new edition keeps that charm, uniqueness, and mood, but lays all the wonders of it out before the reader.

The edges are sharpened, the grip re-tooled, and now this baby can really cut! 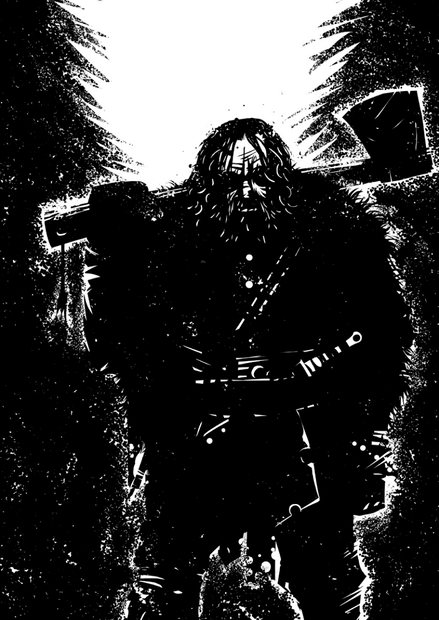 Jez Gordon's new art deserves a lot of praise as well - his graphic and cinematic illustration style gives each thing it's own character while maintaining the grim mood throughout. The wealth of art in this book alone is worth the price tag.

I do have some affection for the original art - it's reminiscent of Stephen Gammell's art from Scary Stories to Tell In The Dark- so I'm glad it's included on some pages at the back of the new edition. James's commitment to crediting and honoring his artists even as things get revised is laudable.

If you're an LotFP adherent but you've had enough of wacky magical machines, bent towers, and gooey gods, check this out.

A lot of LotFP adventures have elements that stray to the Army Of Darkness zone - stuff is wacky but can kill you. In comparison, this is much more Evil Dead I or the scary stuff of II - much darker, more a horror movie, and full of grot. 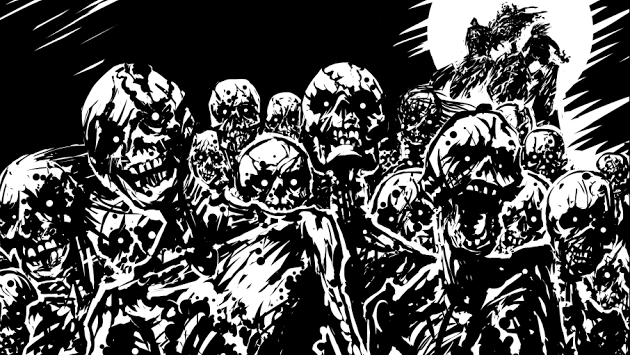 Posted by Josietron at 5:19 PM