I'm running an in-person game tomorrow for the first time in a while. If you're in the SF Bay area and interested, message me over email or G+

In-game, it's going to be (mumble mumble) thousand years after the last one. The characters wake up on stone slabs in a strange underground lab. There are some smashed orbs on the ground obviously fallen from an intricate clockwork-and-tube mechanism that extends well into the walls. There are two creatures running around the room panicking, pulling levers and turning cranks. It's hard to know what kind of creatures they are - or were - as so much of their flesh has been replaced by copper gears and wooden mechanisms.

I'll be using a Moldvay Basic / LotFP hack. The starting options are:

Human - can be a Fighter, Specialist, or Magic-User. 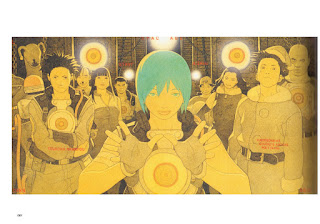 Faerie - born to humans for reasons unknown. They look like beautiful humans with insectile wings, and some have antennae and strange eyes. They are considered dangerous and unlucky, and are often abandoned or drowned as children. They gather in "Faerie's Row" in large settlements, but Kingslaw forbids gatherings of more than 2 faeries on a public road. +1 CHA, stats as the Cleric Class (including spells). 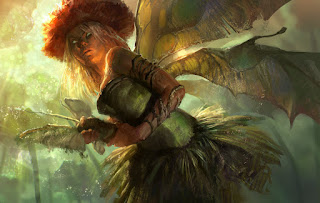 Fairy by MikeAzevedo on DeviantArt 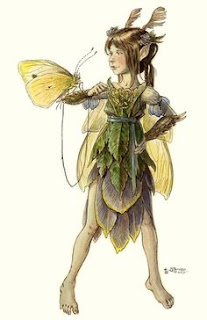 Tiefling - born to humans who, or whose ancestors have, consorted with Demons. They look like humans with horns, their eyes are one solid color, their tongues forked, and they have devil-like tails. Some have stunted bat wings (-1 DEX, -1 AC, no falling damage, +2 jumps). Stats as Elf (including spells; there are no Elves in this setting.) 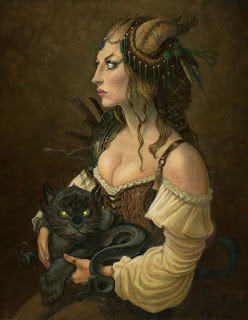 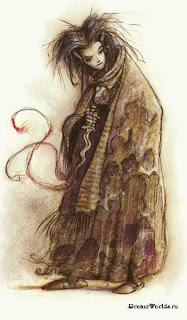 Iron-Gin - a union of mechanics and magic often found in old ruins. They "wake" a basic form of brass or copper and wood, and can improve themselves with proper materials at a forge. Stats as Dwarf (Dwarves extinct in setting.) 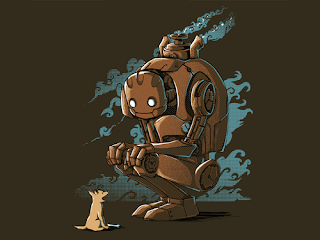 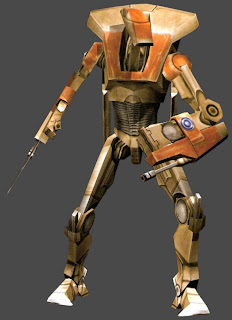 Bakei - diminutive humanoid animals, often of cat or dog species. Can speak human languages, if raised near humans. Considered amusing and harmless. Stats as Halfling. (no halflings in setting). 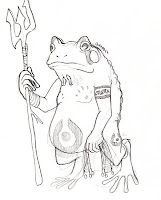 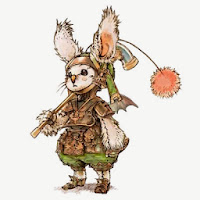 What's outside the dungeon? I'll figure that out when they get there.

Posted by Josietron at 4:28 PM