Dear Lady Thuria, I Get the Joke As I Am Consumed By Slime 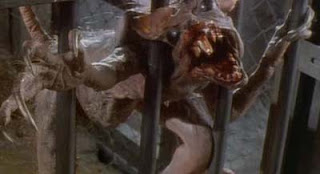 Your omens to the High Priest said that someone's luck had run out, and as Hand of Fate I was sent West to carry out your whim. Then the High Priest made that weird joke that everyone laughed at, and at the time I thought, "How is that even funny?"
Ha.
Ha.

I found no one fitting the target's description, and got uncharacteristically lost in some shitty dark caves for a week...and then! Deliverance! I came upon a pack of whimpering puppies. The Whimpering Puppies seemed armed and able-bodied enough, yet were running in fear from one asshole with a crossbow. They said there were more Assholes, but by their behavior I suspected they had been eating Wizard City fungus. Anyway, the Whimpering Puppies said they would pay me handsomely to get them out of this pickle and save their friend who had been captured by Assholes. 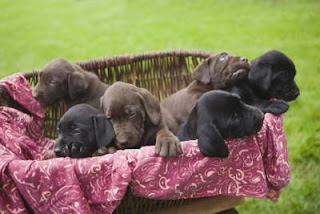 Fire is great. Nearly every situation can be improved by fire, and nearly anything can become fire. Even Whimpering Puppies can start fires. I set them about it, to create cover to hide behind in this oddly flat, smooth tunnel thing. Maybe we were in an asshole. Anyway, Crossbow Asshole was demanding all our stuff, although for some reason he just wanted my potions. I'll give him my potions. By which I meant destroy all he holds dear.

Crossbow Asshole wasn't advancing, and kept attaching notes to his bolts that Captured Puppy's time was running out, so I decided to take the action to him. One of the braver Puppies came with me, and I handed him a Green Slime potion because even a puppy is dangerous with green slime. Then the other Puppies had the swell idea to wreck the Assholes' whole situation by getting the green slime in the river. Then they went back to whimpering behind a fire.

At that point I started to believe the Puppies that there was more than one Asshole, so I drank a Cloning potion to increase the number of People With Balls present. It made some weird bird headed thing, so I thought, Maybe that's not me after all, and gave him my best Trust Me Face. I gave him two poison potions and told him to go give them to the Assholes.

Who knows what became of that guy?

Anyway, Crossbow Asshole stopped shooting his little pop gun so I and the Brave Puppy with Green Slime advanced. I was hoping to see a bunch of Assholes clutching their stomachs, but alas, Bird Head failed me. Brave Puppy started toward the river, ignoring Crossbow Asshole, who we could finally see. I put on my Trust Me Face and proposed a deal to Fish Headed Crossbow Asshole: me and Brave Puppy will join your cause, and everybody will make lots of money. By which I meant me. For infiltrating Asshole Village and rescuing Captured Puppy. 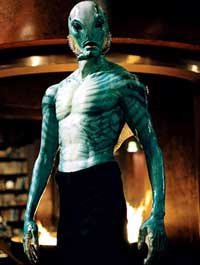 Fish Headed Crossbow Asshole proposed a counter-deal: I kill Brave Puppy, keep my shit and go free. Knowing I had a potion that could reincarnate a berk as a tougher berk, I thought this was a good deal for both me AND Brave Puppy. I shot him in the back. He dodged and got it in the thigh instead of the spleen. Oh well, Brave Puppy, I tried to do it fast. 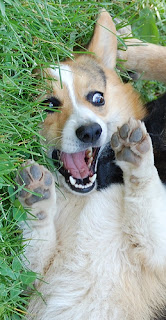 Then, Brave Puppy DRINKS the Green Slime, and starts rushing toward Fish Headed Crossbow Asshole! Man. Brave Puppy had spirit, no one can deny that. I'll remember him for the rest of my life. Which, judging by fact that I'm just a head and chest at this point, won't be long. Anyway, Brave Puppy becomes a puddle of slime.

I convinced Fish Head that I needed to take a trophy for my people, so I got Brave Puppy's thumb while it was still a thumb, and put it in my Reincarnate Potion. Then I poured a potion that was supposed to animate objects on the Green Slime that used to be Brave Puppy. I've wanted to weaponize Green Slime every since it got Momma on that one mission, and it brought a tear to my eye to finally do it.

Fish Headed Crossbow Asshole didn't realize I had sewn his doom, so we waved a fond farewell. I got the hell out of there. I headed toward where I though Captured Puppy was. 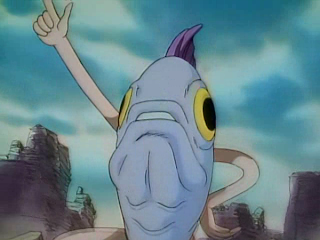 I poured out the mess that was congealing around Brave Puppy's thumb on a wooden platform on the river, setting a few gold and extra weapons next to it. Come on, Brave Puppy, reincarnate, I need backup! Then a new Asshole popped up out of the river. I tossed him my remaining Green Slime potion, which didn't shatter but started leaking into the water. New Asshole netted me and pulled me in after it. We both got Slimed.

There were some shenanigans with a house on stilts where I thought Captured Puppy might be, but alas, it was a trap. I got more Slime on me, and never got to where I could burn it off. All of which is why, oh Thuria, Lady of Luck, Chance, Coincidence, et al, I am now just a head being consumed by slime drowning in a river.

With my last thoughts, I wonder what happened to Bird Headed Me and the Puppies? I hope they're having a nice time somewhere. If I don't get to kill them, Goddess damn it, no one does. Live it up, little Puppies. Live it up. Take a vacation. 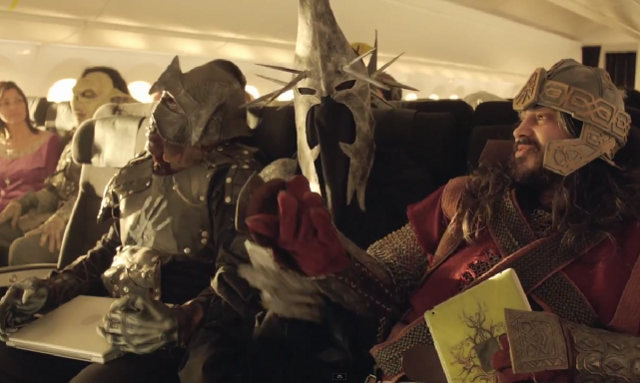 (If it is not obvious, this is an in-character recap of +Trent B 's New Feierland game over G+ where my Cleric/Assassin Pajak came in as the Cavalry and ended up as the AHEM catalyst for change.)
Posted by Josietron at 8:59 AM