Holy Shit (or, native Clerics and Paladins on Kalak-Nur)

Clerics in Kalak-Nur are as the Labyrinth Lord Class except:
-Weapon and armor restricted by deity (not restricted to Blunt weapons)
-Turn Undead is a spell and it's effects vary by deity
-WIS bonus (if any) = # of bonus spells at 1st level

Paladins as LL except:
-Alignment restrictions are by deity (not only lawful deities have Paladins)
-Turn Undead once per day per level
-"Lay on Hands" may be reversed and/or used on objects (2 HP healing or damage to a person or object 1/day by touch);
-Cure Disease OR "Lay on Hands" 1/day, not both;
-Detect Evil actually detects intension or lies (good and evil are not absolutes to natives)
-Protection from Evil, 10' radius may have unpredictable effects
-The steed summoned at 4th level will not be a horse unless a portal to another plane is open 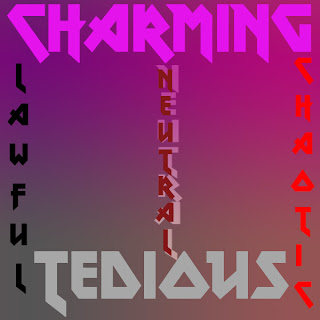 Outsiders, however, tend to keep their notions of Good and Evil and the related powers.

Some Gods, and their followers' abilities:

Gorgathon, The Eye of Fire - god of knowledge, light, the sun and moon. The Sun is his right eye, ever watching, all seeing, ever gathering knowledge of all things.
The moon is his left eye socket, his left eye lost in a godwar (actually stolen by The-Knife-In-Darkness and hidden in a monster's belly). The left eye socket represents "turning a blind eye", seeing and letting go, forgiveness, knowing but not acting upon.
Often worshipped by magic users, his followers are voracious gatherers of knowledge.

His Clerics have access to Divination spells from the Magic-User list, and Magic User worshipers vice versa. His worshippers may not learn spells of Darkness or Cold.
Symbol: The sun and moon.
AL: Neutral Charming (although his opponents find him Tedious, and his followers tend toward Law)
Cleric Weapons: be judicious in the use of fire, do not destroy sources of knowledge; it is encouraged but not required to discover and disseminate strange weapons and methods of fighting
Turn Undead: will also repel creatures of Darkness/Shadow and the ignorant (those who fear knowledge); only works in light shed by open flame, sun or moon.
Paladins: May take 1 round to  MARK any creature or item they can see; by concentrating and taking no other actions for 1 TURN, they will know where the light of the sun or moon last shone upon that person or item (none may escape the burning eyes of Gorgathon.)
By concentrating for 1 TURN in the open sun or moonlight, a Paladin of Gorgathon may use "Lay on Hands" or Cure Disease an extra time per day. 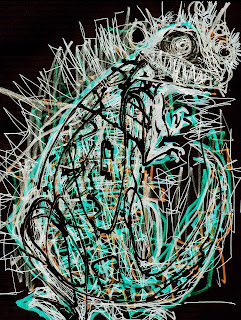 NICE BOOTS LET'S MAKE LOVE - a Tyrannosaurus Hex that very recently absorbed so much magical energy she became the God of War, Chaos, and Confusion.
AL: CHAOTIC. Charm or Tedium have yet to be established.
Wild Mages may become her Clerics at any time, but cannot undo this decision.
Cleric Weapons: Use your natural weapons, or spells. Seek mutations to give you natural attacks.
IF you have no natural claws/teeth/etc, you may use a Polearm or dagger. The amount of HD of creatures you've killed with your Polearm is your percentage chance to gain a Claw, Bite or Breath weapon. You may only attempt this spontaneous mutation once. If successful, 1d6:
1)Claw1d4
2)Claw1d6
4)T-Rex Legs, Kick 1d8
5)Big Teeth Bite 1d6, also bleeds another 1HP that # of rounds after
6)Breath Weapon determined by DM
Turn Undead: Is a spell. Can be used to Control Undead or Turn Lawful Creatures as well.
Spells: As a Wild Mage with access to Cleric Spells. No healing. Anything that refers to Evil and any radiuses centered on you create Wild Magic Zones. Here are some Wild Magic Tables.
Paladins: 1 in 6 chance of a Wild Surge any time a Paladin ability is used. Protection from Evil, 10ft Radius is not that at all - it's a Wild Magic Zone, 10 ft around you for every two levels you have gained, 3 rounds a day +3 rounds per level gained. That's right, Wild Magic for everyone. You are truly a holy warrior, delivering the gift of your Goddess to all you encounter. Every time you gain a level, there is a percentage chance equal to that level that you turn into a Tyrannosaurus Hex and go crazy for that many days. So at level 3, There's a 3% chance you become a T-Hex and rage out for 3 days. At the end of your rage, you are still a big dinosaur covered in sloppy runes, but you have your old mind back. This will probably affect the stats on your sheet only minimally, but will affect reactions to you quite a bit. 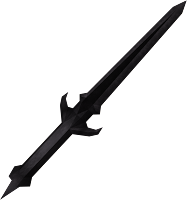 Vanamanaghor-Knife-In Darkness - God(dess?) of darkness, stealth, deception. Not openly worshiped. Culturally a "lovable rogue" in that people like to tell hyperviolent stores of his/her exploits stealing from and assassinating the avatars of other gods, which s/he does purely for sport. To many, s/he is a symbol of getting one over on "superiors". The god does not reveal itself, so gender is unknown. Symbol: A black knife or a silver knife on a black field.
Clergy are all Cleric/Assassins. Can choose to create Darkness, 15" radius once per day per level instead of Turning Undead. As the spell.

As with all campaign things, this is a work in progress.
Posted by Josietron at 2:49 PM