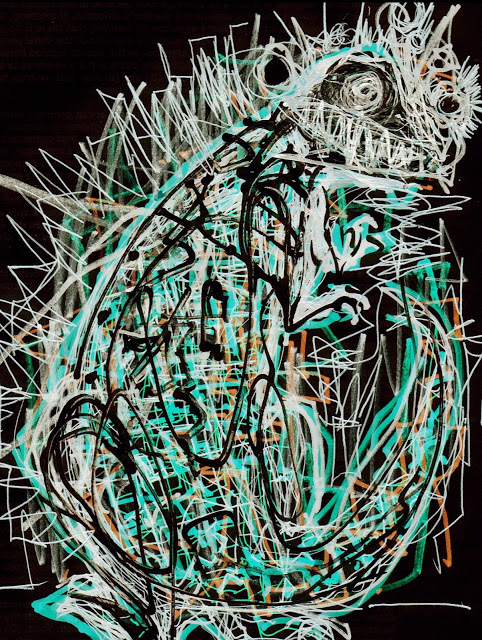 As is her wont, the Tyrannosaurus Hex which ascended into godhood has changed her requirements for clergy completely. Some believe it is because the settlements of Kalak-Nur had adapted to her strange worshippers and began to understand her ways.
Whatever the reason, her new clergy are as follows.

As Cleric, but without spell progression chart.

Gains the ability to cast spells by acquiring mutations and madnesses. For every mutation, madness (or other similar significant physical change) gained, the character may cast their Experience level worth of spell levels per day. So a third level Cleric of NBLML with one mutation could case three first level spells, one first and one second, or one third level spell.
For every non-spell action that directly leads to the death or rescue from death of more than one soul, the Cleric may cast spells as if they had one more mutation for the remainder of that day.
If the Cleric causes a situation where a creature changes their actions because they believe a falsehood, the Cleric casts spells as if they have one additional mutation the rest of the day. 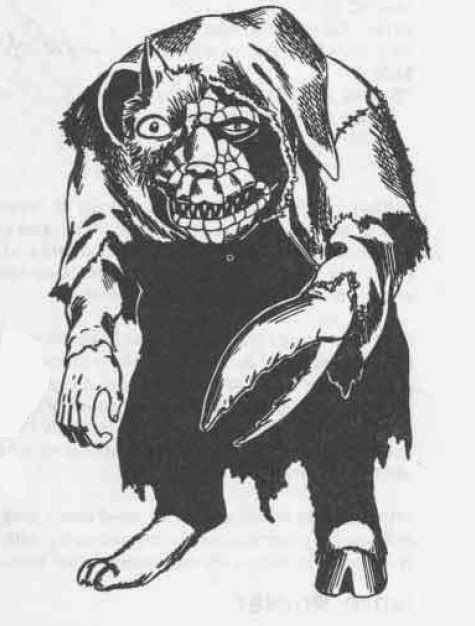 May use any weapons or armor, but for every point of AC improvement above 2 from normal armor and every die bigger than a d4 a normal weapon wielded does, the Cleric casts spells as if she had one less mutation.
So: a Cleric of NICE BOOTS LET'S MAKE LOVE who had two mutations and wears Chain Mail (improves AC by 4) and wields a Short Sword (d6 damage) could not cast any spells.
Were that same cleric to wear Leather (improves AC by 2) and wield a dagger (d4 damage), they could cast spells as normal.

Once per level, however, the Cleric may attempt to manifest her holy favor. This is done by acquiring a body part of a significantly different creature and performing a ritual to attempt to graft it to oneself. This includes skin (scales/fur/etc), natural weapons, or strange abilities (Beholder's Eye, Rust monster tentacle, etc - the part cannot be from a creature with more than double the character's HD if magical).
The character must roll under their combined WIS and CON on a percentile die to be successful. For every 100 GP spent on precious materials (which are consumed in the ritual), the roll has a bonus of 1 (success is 1 easier). If successful, the graft is permanent and counts as a mutation. Posted by Josietron at 4:21 PM