There are a million other blog posts I intended to write in the past few weeks but this setting won't leave my miiiiiiiiiiind.

The Savage Valley
BASICS: savage tribes of humans and humanoids with little civilization or history beyond one's tribe. Huge beasts and some hostile rival tribes. No kings, cities, wizards, or anything like that.

MAGIC: no "spells" or books. Magic is intuitive and unique to each individual practitioner, with a few exceptions. No starting spells. When a creature with a magical ability is slain, the person striking the killing blow may collect the blood and scar or tattoo themselves with the creature's form to gain one of it's abilities like a 1/day spell. Only people with points in Magic/Wits can do this. (possible variations: all involved in killing it can take an ability if they have a positive Magic/Wits score; number of uses per day equals level).

ALSO: rare: abandoned alien tech, incursions of civilized species from other dimensions
less rare: areas of mutating radiation, talking animals (not always cute), animal companions; but none of these to the extent of, say, Kamandi

FLAILSNAILS: occasionally, tribes will discover "weak spots" where they might summon a mighty adventurer or two from another dimension to help them, but these adventurers are expelled from this dimension after a short time.

GAMEPLAY: your tribe using the meager means at your disposal to strategically take down huge beasts and rival tribes. Also negotiate food with luckier tribes, maybe. I'm sure if I ever run this, players will surprise me. 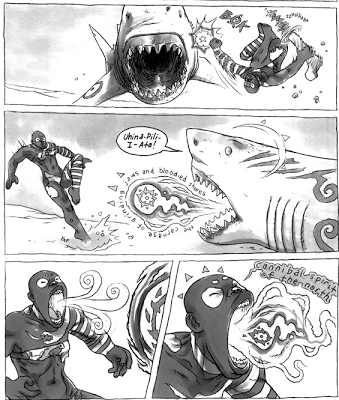 From the excellent self-published comic "Mountain Girl" by Ross Campbell 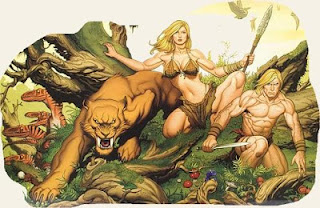 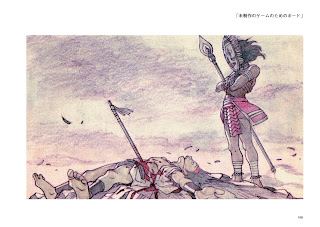 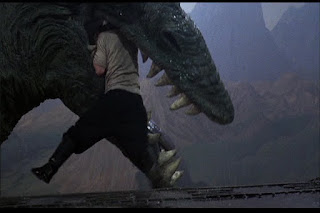 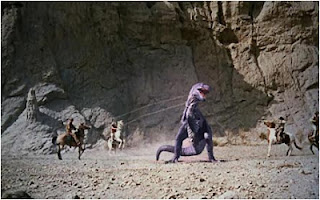 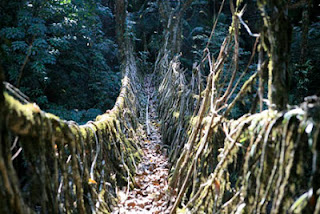 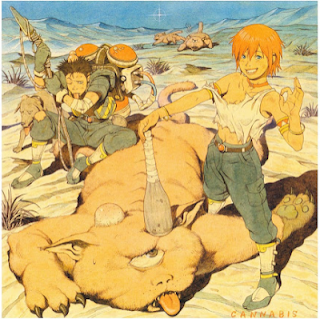 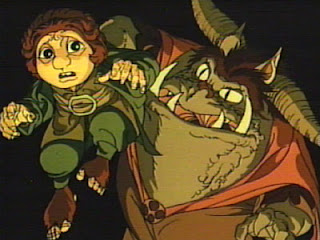