+Reynaldo Madriñan asked +Pearce Shea what class he'd like to see, and he answered Dragoon, which happens to fit nicely into Kyrlan, the setting for my new home game... 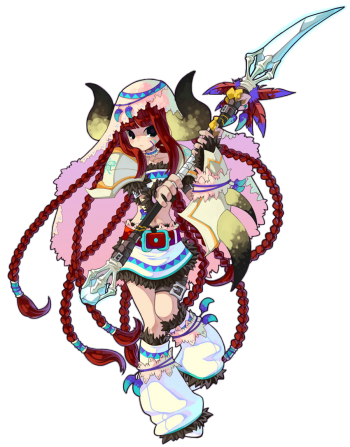 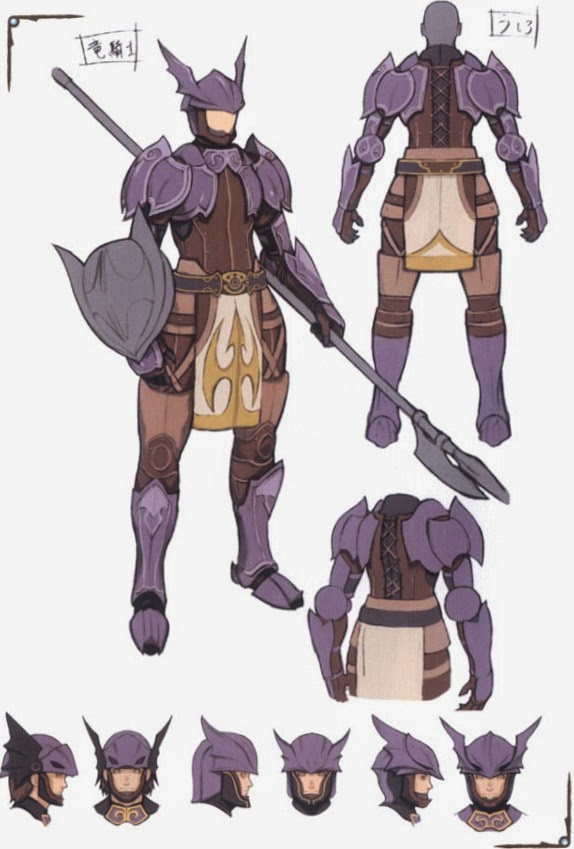 DRAGOON
HP, Saves: as Cleric
EXP Advancement: as Fighter
WEAPONS: +1 per level to attack with lances and spears (and other polearms at the DM's discretion). +1 every two levels to attack with any other weapon. As they are highly trained with well-made weapons of war, they have a -2 penalty to attack with weapons that were not made by a decent smith at a forge (IE improvised weapons).
ARMOR: Dragoons commonly wear a hybridized lightweight armor that combines plate and leather. It has AC equivalent to Chain Mail, and they cannot use their Jump ability in anything heavier than Chain. 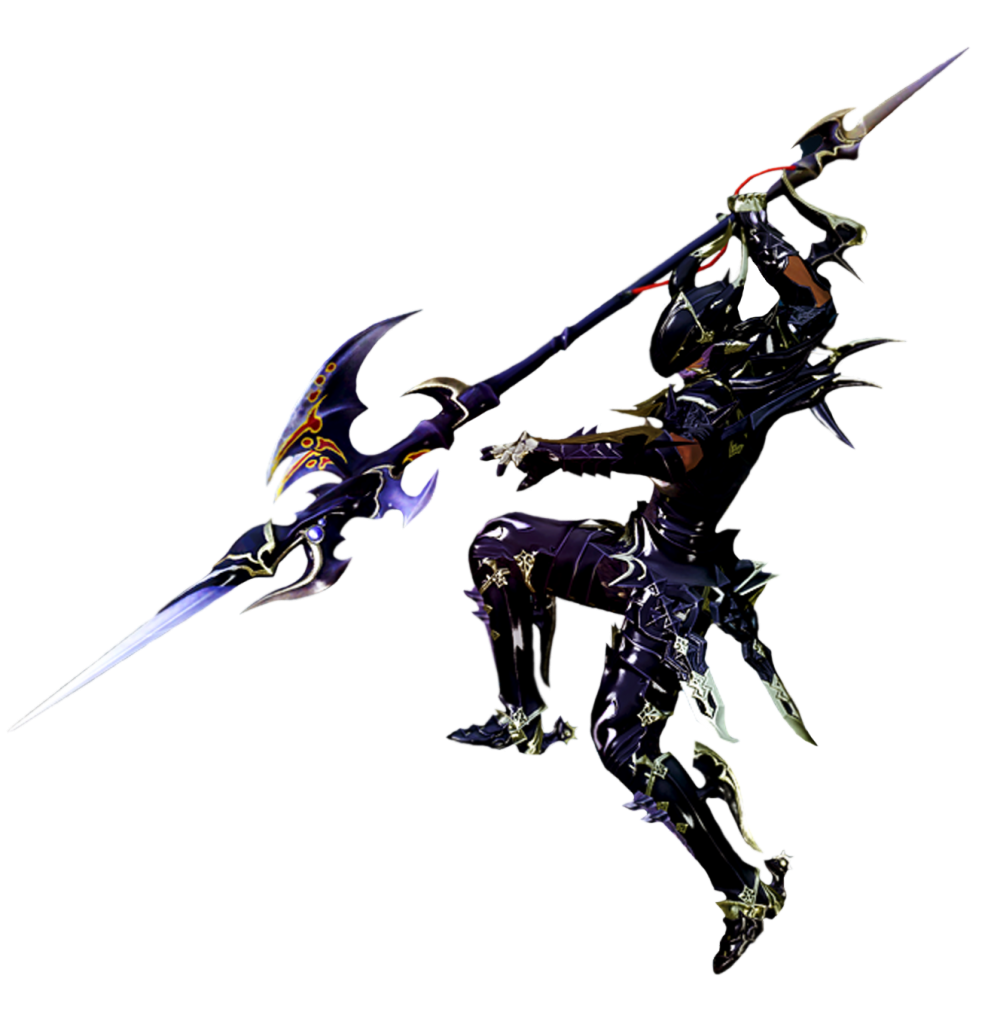 ABILITIES: Jump - make a mighty leap above the fray, landing on a specific opponent the next round. Useable once per day per level. The Dragoon leaves melee on his or her turn, then reenters on his or her next turn on top of an enemy. While they are in the air, they are immune to melee attacks from the ground and have +2 bonus to AC vs ranged attacks and those from airborne creatures.
The Dragoon is considered to be 20 ft above for purposes of area of effect spells, as limited by the size of the room.
The Dragoon must choose which enemy they will land upon before jumping, and choose whether they automatically hit that enemy for normal damage or make a normal attack roll doing maximum damage if successful. Should the enemy move while the Dragoon is in the air, they may make this attack on any enemy adjacent to their landing area.
Enemies cannot discern which opponent the Dragoon is leaping toward until they land (at the DM's discretion - especially experienced or smart foes should be able to roll to figure it out). 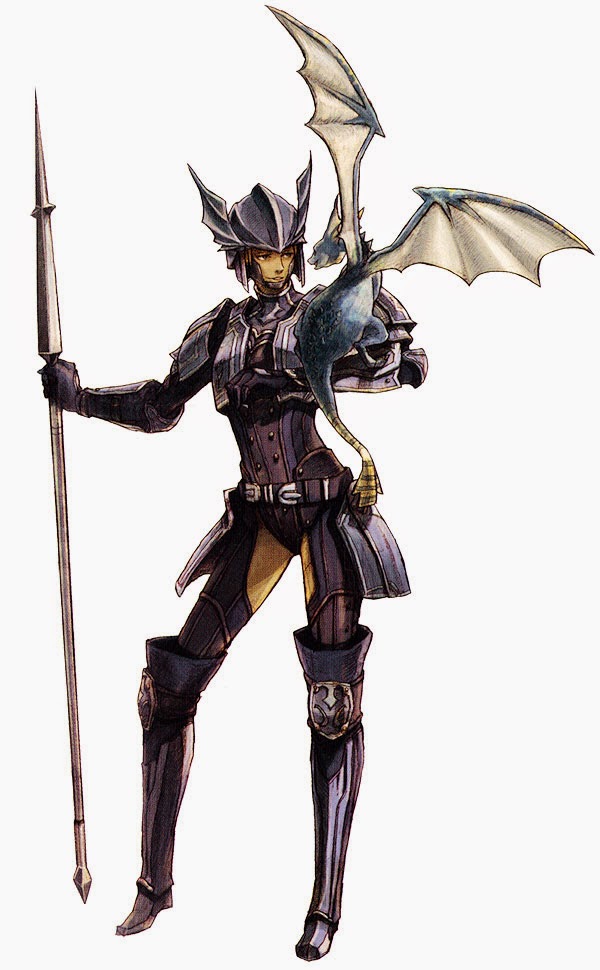 Path of Breath or Path of Companionship
At level 4, a Dragoon must seek a master Dragoon to teach them the beginnings of a Path (otherwise, they cannot progress beyond 4th level). The two known Paths are:

Path of Breath - The Dragoon gains the ability to breath fire once per day for every level gained above 3rd (so level-3 times per day). This fire harms or heals at the Dragoon's will for 1d8+level damage. The fire cures diseases starting at level 6, removes curses at level 7, and dispels magic once per day at level 8.

Path of Companionship - Through ritual starvation and constant accompaniment, the Dragoon develops a psychic bond with a baby Firedrake. This diminutive relative of the Dragon begins the size of a housecat, with accompanying statistics and the following additions:
-Flight - as per the Firedrake entry in the Monster Manual, or 18"
-Breath - a 6' by 10' cone doing 1d8 damage, growing by 6' every level of the Dragoon beyond 4th. This is the Firedrake's combustible blood. When the Dragoon is level 6, the damage doubles to 2d8.
-Combustible Blood -see Firedrake entry in the Monster Manual
-Bite -does 1d4 initially, double to 2d4 when the Dragoon is level 6
-The DM should feel free to use the Firedrake MM entry once the PC is level 10, and perhaps allow the companion to grow to rideable size.
-The Dragoon and Firedrake can communicate through chirrups and gestures, developing a psychic bond by level 6. Every level of companionship allows them to communicate one more word and 20 more feet apart.

Once a path is chosen, the other is lost to that Dragoon for life. The only exception is if some magical effect erases the intervening time (the Dragoon is reduced to 4th level or below and re-attains 4th level.) In this case, a master of the other Path may be sought out to enable further advancement.

More paths for Dragoons are rumored, but are unknown to this chronicler. 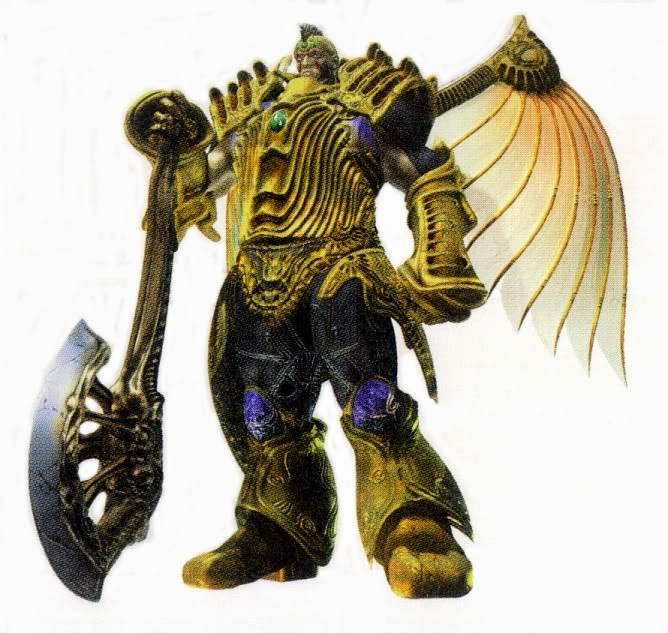 Dragoons are a fading tradition in the Shining Empire of Kyrlan. Once upon a time, they numbered in the tens of thousands, and many little boys and girls competed to enter their training. Since the discovery of the mineral kjarn, it's burning in magitek steam engines, and the Empire's move toward that technology, numbers of new Dragoon recruits have fallen. Some fear this proud tradition may fade from the empire entirely. There are even rumors of Dragoons who, unhappy with the way the Empire is heading, have joined resistance groups in the border towns.
As long as the kjarn mineral is mined and shipped to factories for fuel processing, however, the Shining Empire will march on.
Posted by Josietron at 9:57 AM

Email ThisBlogThis!Share to TwitterShare to FacebookShare to Pinterest
Labels: kyrlan