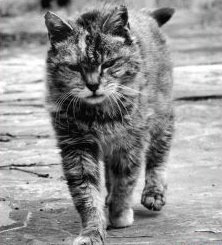 Nekomata appear as small felines of a breed similar to the house cats and strays present in any city. Observant travelers will notice they have two tails. They are encountered in the wild hills of Hibernia, and are feared and respected by the tribes of savages, barbarians, and mystics who reside there.
If threatened, the resemblance to a normal animal will quickly be shed. Similar to human warriors of the Hibernian hill tribes, these cats undergo a Warp Spasm and become large, monstrous beasts when angry. They twist and turn within their skin, foaming at the mouth and growing to a length of 5 feet or more. The final appearance does not necessarily resemble the larger natural cats found elsewhere. 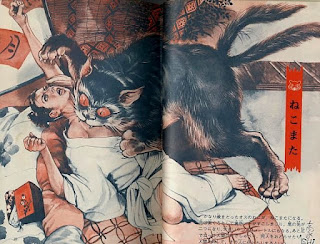 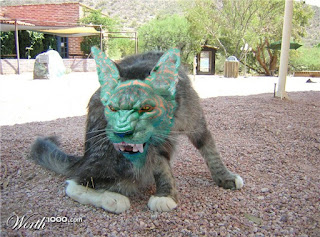 In addition, they are known to have several unusual powers. While these cats cannot speak in human tongues audibly, they can read human thoughts and will react appropriately if offended thereby. The Nekomata may also enter the dreams of humans, where they may communicate by shaping the images in the dream or by direct thought as if they were speaking the same language. They can also create the illusion of small fires in the minds of the awake, often leading travelers towards or away from things at the Nekomata's whim.
If a body has not been through any burial rituals, a Nekomata may jump over it to animate and command it as a zombie. This undead is essentially mindless, fighting or performing physical tasks as directed by its master. The zombie will stay animate even if contact with the Nekomata is lost, performing the last action as directed until destroyed. If the animated dead is still intact when the fight is over or physical task complete, the Nekomata will usually release it from control and return the creature to a freshly dead state.
There are tales of similar creatures in other realms that can take the forms of humans and breed with them, but the specimens in the hills of Hibernia are not known to do this. 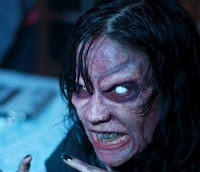 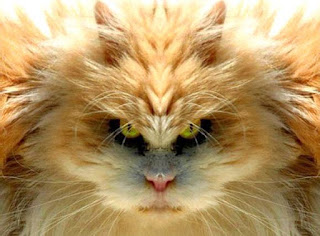 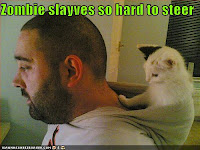 *if difficult to translate MV 150', just assume they can move 1.25 times as fast as a human, so slightly faster

ZOMBIES: treat as your standard low-level mindless undead; Zombie from Basic or AD&D 1E works
Posted by Josietron at 10:30 AM