A Proposed Magic System for My New Home Game 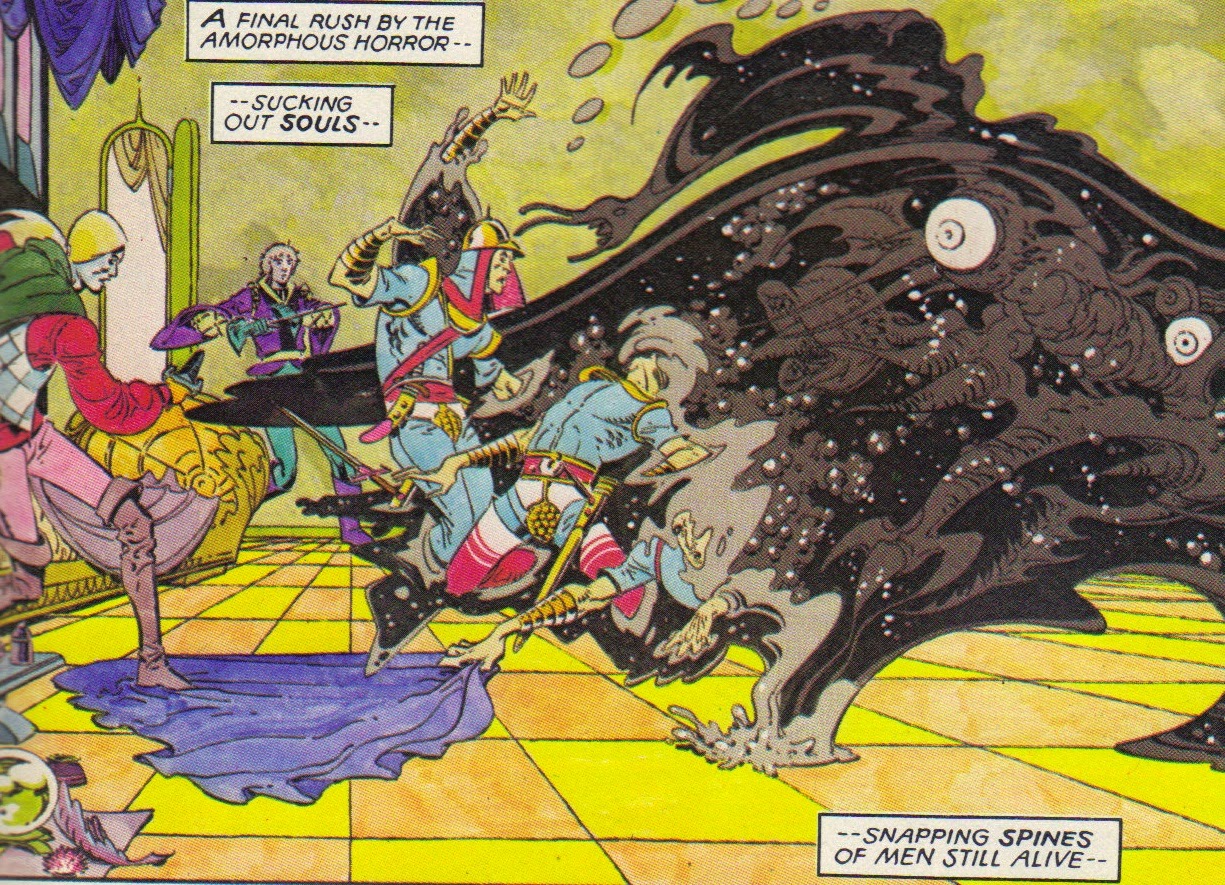 The premise is that spirits do magic, spirits are everywhere, but not many people can talk to them or get them to do things. The more you want them to do, the more risk you assume. It's mashing LotFP Summon with (1-3e) Stormbringer's magic system, trying to make it a little more accessible and broadly useful, but not losing too much flavor.
Note: the equation to get one's POW score below assumes "3d6 in order, swap one" for Ability Scores. If your Ability Score method is more forgiving (i.e. 4d6 drop lowest), use 30 instead of 28.
--

Magic is primarily done by elementals, ghosts, and demons. Humans are not inherently magical creatures. Some gifted men (and beasts) can communicate with the spirits and find minor spirits bored enough to fulfill simple requests. For more powerful magics, more powerful entities must be summoned and bound by a Sorcerer or Witch.

POWer: this Ability Score is found by adding the two highest of INT, WIS and CHA, then subtracting 28. If the result is positive, your character is one of the gifted individuals with some instinct for communicating with Elementals, Spirits, and Demons.
How POW is expended is detailed below.
A character recovers 1 POW by sleeping 4 hours uninterrupted. Another point is recovered for every 2 hours' continuous sleep beyond the initial 4. 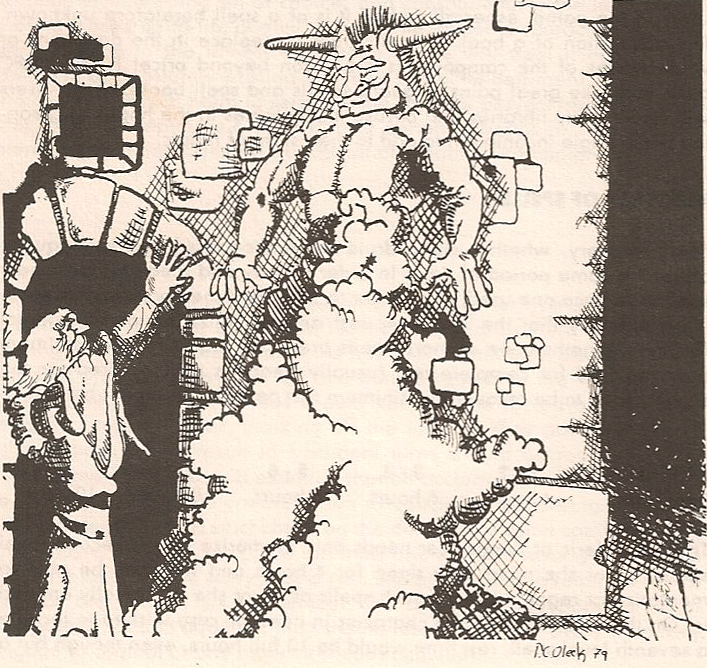 Vespers are the most minor of spirits, immature and playful, like small children. They can be asked to do minor favors easily, since they are often bored. The favors they do are called "Cantrips." This list is not exhaustive, but covers most basics. To get a Vesper to do a Cantrip for you, spend 1 POW attracting their attention, then make a successful roll under the relevant ability score to see if you were convincing. If the character wishes the Vesper to bluntly enact their will, the roll is straight or at a penalty. If the player enacts the conversation with the DM or does a little ritual, the roll may have a bonus.
(table adapted from  +Chris Kutalik 's Stormbringer Hack with ideas from Beyond the Wall.)

Sorcerers and Witches
These are individuals who, through a teacher and intense study of magical tomes, has discovered shortcuts and systems by which they may more easily contact spirits, demons, and elementals. Even if they are not naturally gifted in such matters (IE not high enough INT/WIS/CHA to have POW) they can contact spirits. They have a number of POW equal to their level, plus any gained as figured above or through other methods that come up during play.
Eedited to add: Sorcerers and Witches cannot use their POW while wearing metal armor. The studied form of this magic cannot be channeled and focused while in contact with lots of metal.
Sorcerer and Witch are interchangeable terms, and used for both sexes depending upon the region.
These individuals are able to summon and bind beings more powerful than Vespers. 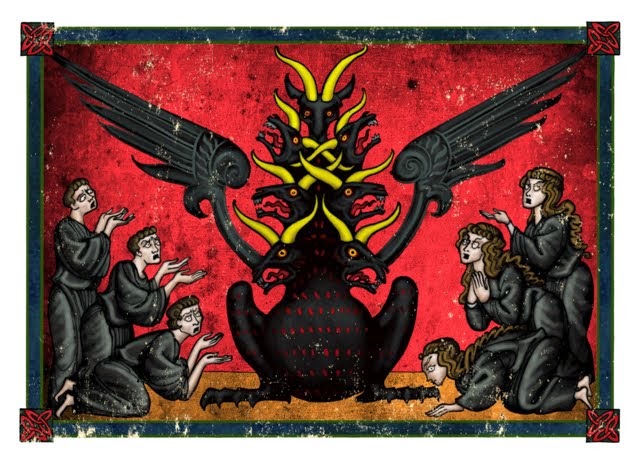 Summoning and Binding
There are many types of spirits more powerful than Vespers, but the three who most commonly traffic with mortals are Elementals, Demons, and Ghosts. One can attempt to summon Elementals of Earth, Air, Fire, or Water, and Demons, at any time. Ghosts tend to be bound to specific locations, and thus can only be contacted in those locations.
Step 1: Attract Attention
Determine the type of creature you would like to summon, its number of Hit Dice, and number of powers. A creature's Hit Dice is always equal to or more than the Power spent to summon it.
Spend the appropriate amount of Power.
Minor Elemental or Ghost: 1 POW
Minor Demon: 2 POW
Major Elemental: 3 POW
Major Demon: 4 POW

Step 2: Make an Ability check to determine the entity's disposition toward you; you are trying to roll under the relevant ability...
plus your Power score after spending the above and any points from Garmonbozia or Rituals
minus the creature's number of Hit Dice and powers.
•If you have no previous experience with this type of creature roll under your Charisma, modified by Intelligence modifiers.
•If you have studied this creature from a book or another Sorcerer's anecdotes, you may choose to roll under Intelligence, modified by any Charisma modifiers.
•If you have previous experience with this type of creature, you may choose to roll under your Wisdom, modified by any INT and CHA modifiers.
Success: the creature will do the first thing you ask of it, then accompany you for a number of rounds equal to your success. On a critical success (roll a 1), add 1 to your POW for a day. If you roll your current max Power or less on a d100, the bonus is permanent.
Failure: The creature is angry at being bothered, and will manifest for a number of rounds equal to your failure. Your companions may be able to reason with it, depending, and it will probably not sacrifice it's life to destroy you, but it's first instinct will be to attack.

Elementals are similar to the descriptions in Stormbringer, editions 1-3 by Chaosium
Demons are as the LotFP Summon spell, except they have one Spell from the Magic User list or the reverse of one spell from the Cleric list per Hit Point. These are chosen by the summoner prior to summoning ("I call forth a Demon with the power of...")
Ghosts are each unique and what powers they have are unpredictable. They are not so much summoned as stumbled upon and communicated with. They can be powerful allies at little cost, or terrible enemies, possessing the summoner's body. It is not wise to meddle with ghosts one knows nothing about. 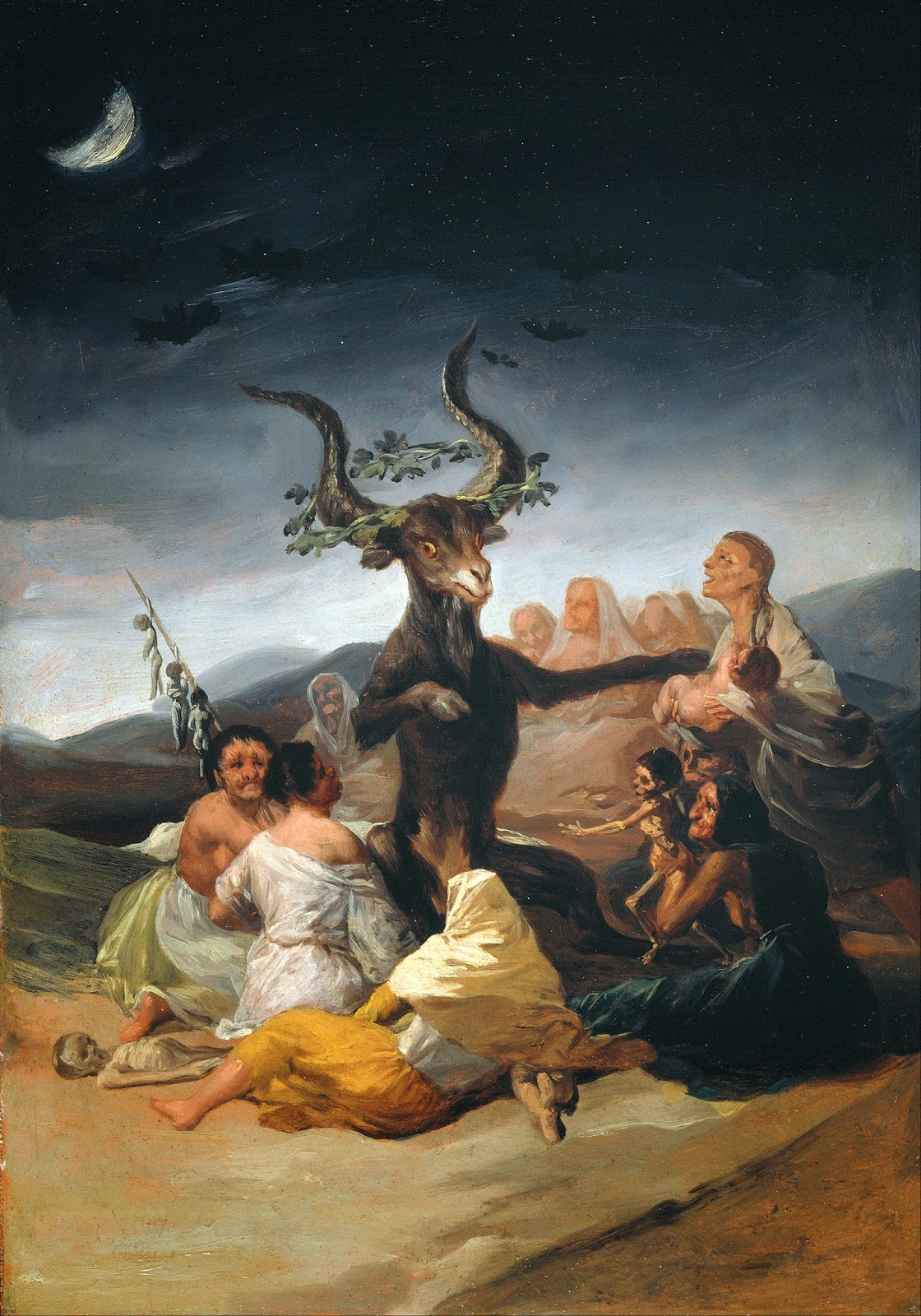 Garmonbozia
...is the energy produced by strong human emotions. Spirits of all types are attracted to it, and Demons especially feed upon it. Sex and death reliably produce it. It is the reason virgin sacrifice is associated with demon summoning. Not only do you get the fear of the sacrifice, but the melancholy of the cultist thinking on the virgin's wasted potential in life.
The producer of Garmonbozia does not have to even be aware the summoning is taking place, however, only be nearby. Several couples have been surprised when their conjugal tryst helped some Sorcerer in the next room.
The methods of attempting to create Garmonbozia near the summoning are left to the player's imagination and the DM's discretion; when in doubt, use INT modifiers.

Rituals
...let the players have fun making these up, but they cost 500 silver pieces worth of components for every +1 bonus desired. Alternatively, a ritual circle can be constructed from materials in the natural world over a continuous period of 36-INT hours for a +1 bonus, but the summoner cannot sleep, rest, or carry out any other meaningful work while constructing the circle. 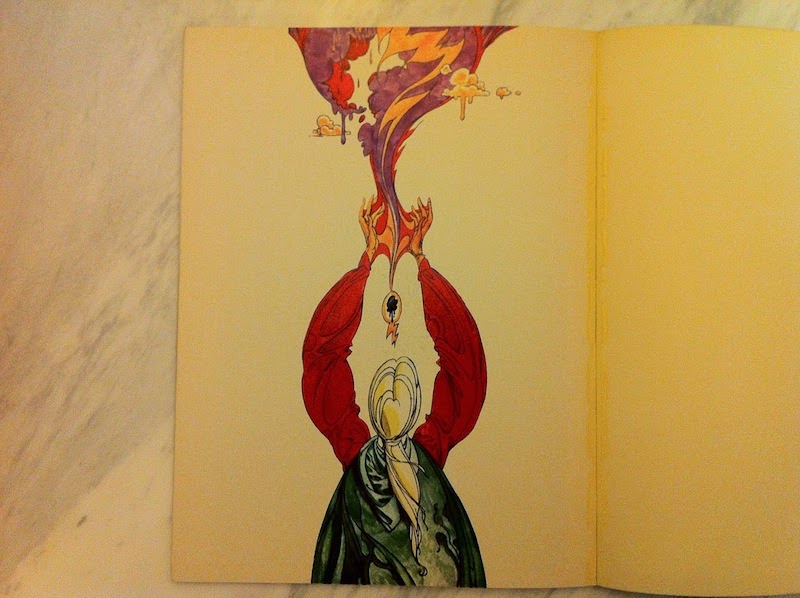 Binding
After a spirit is summoned, instead of requesting an immediate favor, the summoner may choose to Bind the spirit instead. An item must be chosen for this purpose beforehand, and the same amount of Power spent to bind that it took to summon. Make the same Ability Check in Step 2 above. The creature is bound to the object for 1 day for every point of success, and can be summoned forth from the object at no additional cost during that time. At the end of the time, the creature is freed from the object, and will treat the summoner and his companions appropriately for how it was treated.
A Sorcerer/Witch can only have one creature summoned or bound per level, except...
At the expense of one Power point permanently, a spirit can be Bound to an object for a year per level of the summoner. At the end of this time, the spirit may choose to remain in the object. A spirit bound so does not count toward the Sorcerer's maximum.
A Witch can try to give the object some effect of the spirit by making a check as detailed in Step 2 above, with the difficulty adjusted appropriate to the effect. There are also less predictable events that can cause Bound spirits to affect their objects.

Necromancy
...is the binding of a spirit to a corpse. The spirit is caught in the corpse for a number of months equal to the amount of bonuses gained from Garmonbozia and/or Rituals in the binding. It can also be freed if it's "body" is destroyed by violence.
This process forces the spirit to use whatever brains the body has left, or only be able to carry out simple one sentence commands. Decay is arrested by the binding.
(Necromancy will be fleshed out - har har - by the demon "construction" rules from Stormbringer if need be. I think it'll be an NPC thing mostly, though).
Posted by Josietron at 8:20 PM