The Hell of Jakob Isaacsz von Swanenburgh and inventing religions

Zak S's latest excellent art post got me paging through my Rembrandt book again, where I ran into (a better reproduction of) the painting below, by Rembrandt's first master, Jacob Isaacsz von Swanenburg (as it's written in the book; the post title is as it's written on artnet) 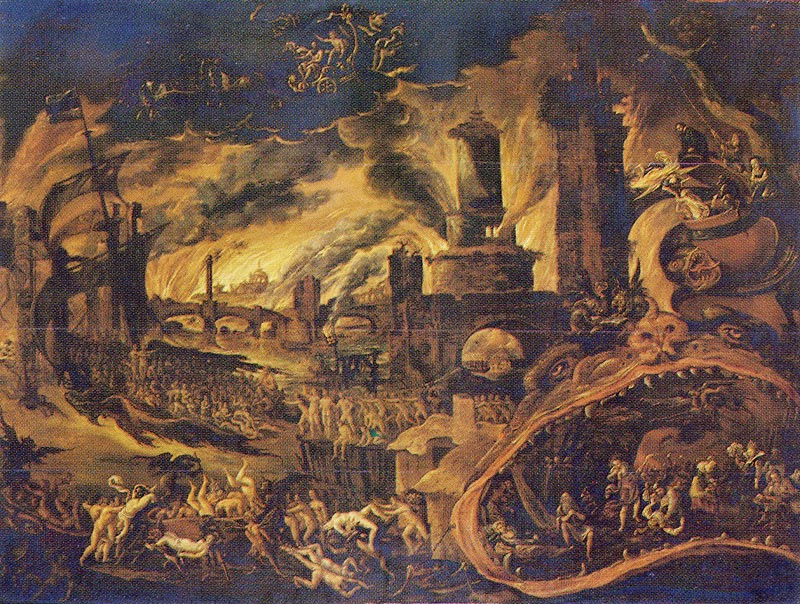 The Sibyl showing Aeneas the Underworld

Breugel not enough for you? Swanenburg seemed to specialize in scenes of hell with a gaping maw at the lower right.

You could make a game out of catching the similarities and differences between the above and below: 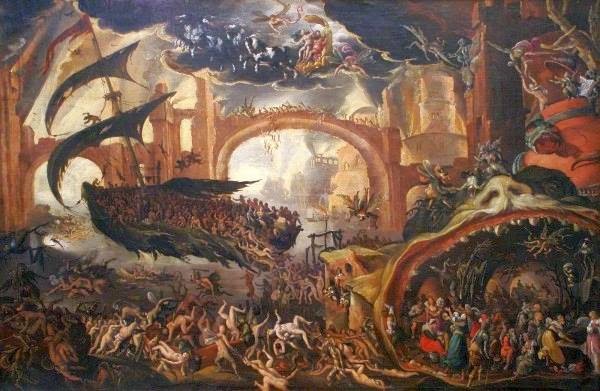 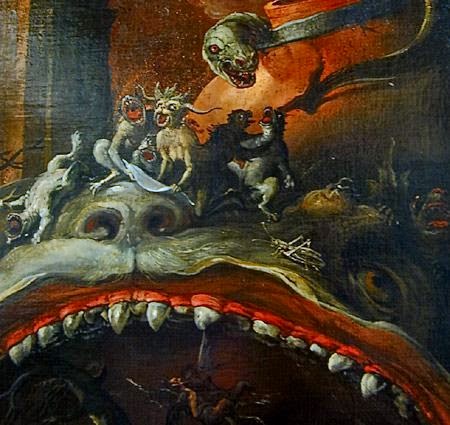 These aren't anything necessarily revelatory, but kind of fun: 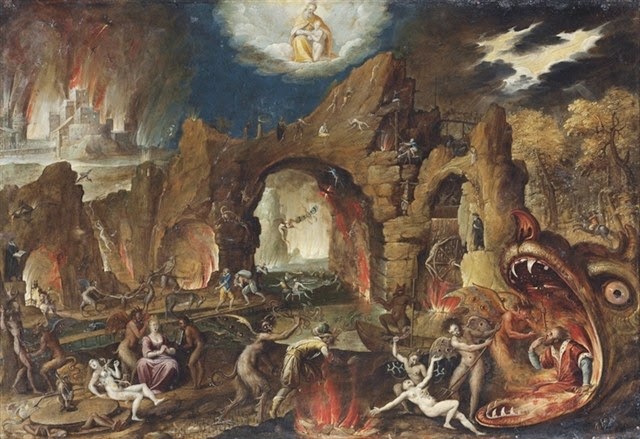 The gate-demon in this one is kinda like Falcor gone very wrong:

His The Fall of Troy is a departure: 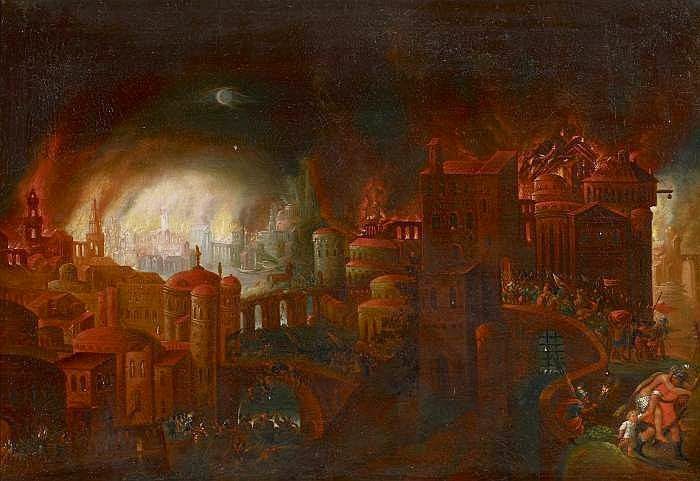 Thinking about Seven Deadly Sins solidified something I've been thinking about regarding inventing fantasy religions, based on how I think some real religions formed.
If you have a history for your setting, or just some ideas for it, think about what things the authorities would have had trouble getting the populace to do in different regions, what behaviors they would have wanted to encourage or discourage in the populace. The religions that would promote that which those in authority want to encourage and make taboo that which the authorities wanted to discourage would have gotten a boost from those authorities, and be more dominant.
Wish I had more time to develop that, but it's a start.
Posted by Josietron at 2:11 PM

Email ThisBlogThis!Share to TwitterShare to FacebookShare to Pinterest
Labels: art