Some monsters I thought of years ago, put on a map, no one went there.
I drew them a few months ago, and am rewriting them better now. 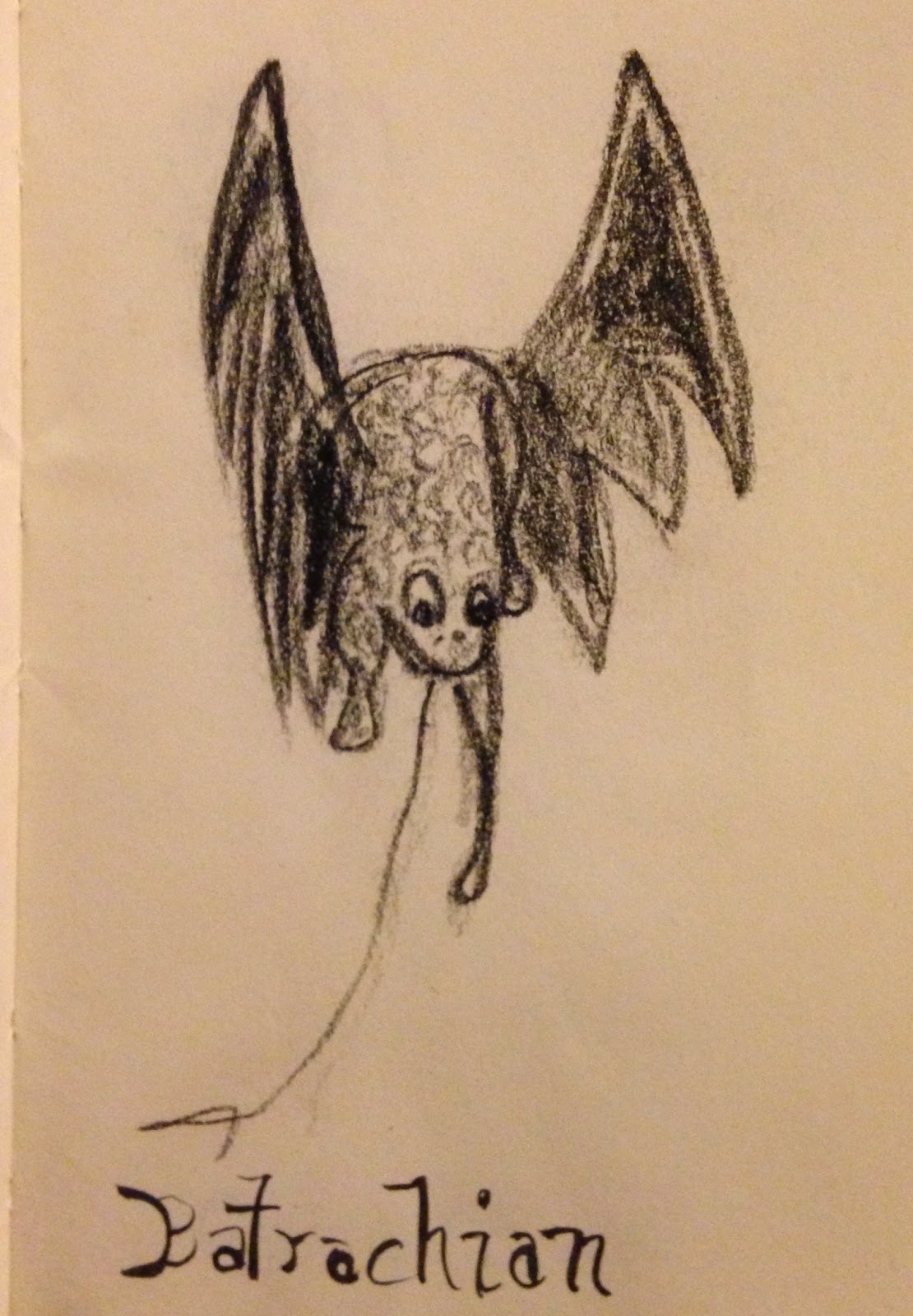 HD: 2
AC: as Chain Mail; tongue as Plate Mail
Move: 1/2 speed of running human. Flight. Hop 5ft vertically and horizontally.
Attacks: Tongue slap (1d4), Special
Special: The Batrachian will attempt to steal food and shiny objects from above with it's long, sticky tongue. If it makes a successful attack against an object, the object is held as if with Strength 18. The Batrachian may immediately retract it's tongue on any round it hasn't moved or attacked. (For instance, it could position itself quietly hovering over someone one round, then dart it's tongue in and steal a gem or rations the next round; OR move into position and stick it's tongue to something, then retract it the next round.)
On the round after a successful tongue slap, they will rip their tongue off painfully (1d4+1 damage, target -1 to rolls next round)
They fly with a Stealth of 3 (on a d6, or slightly less than 50%) 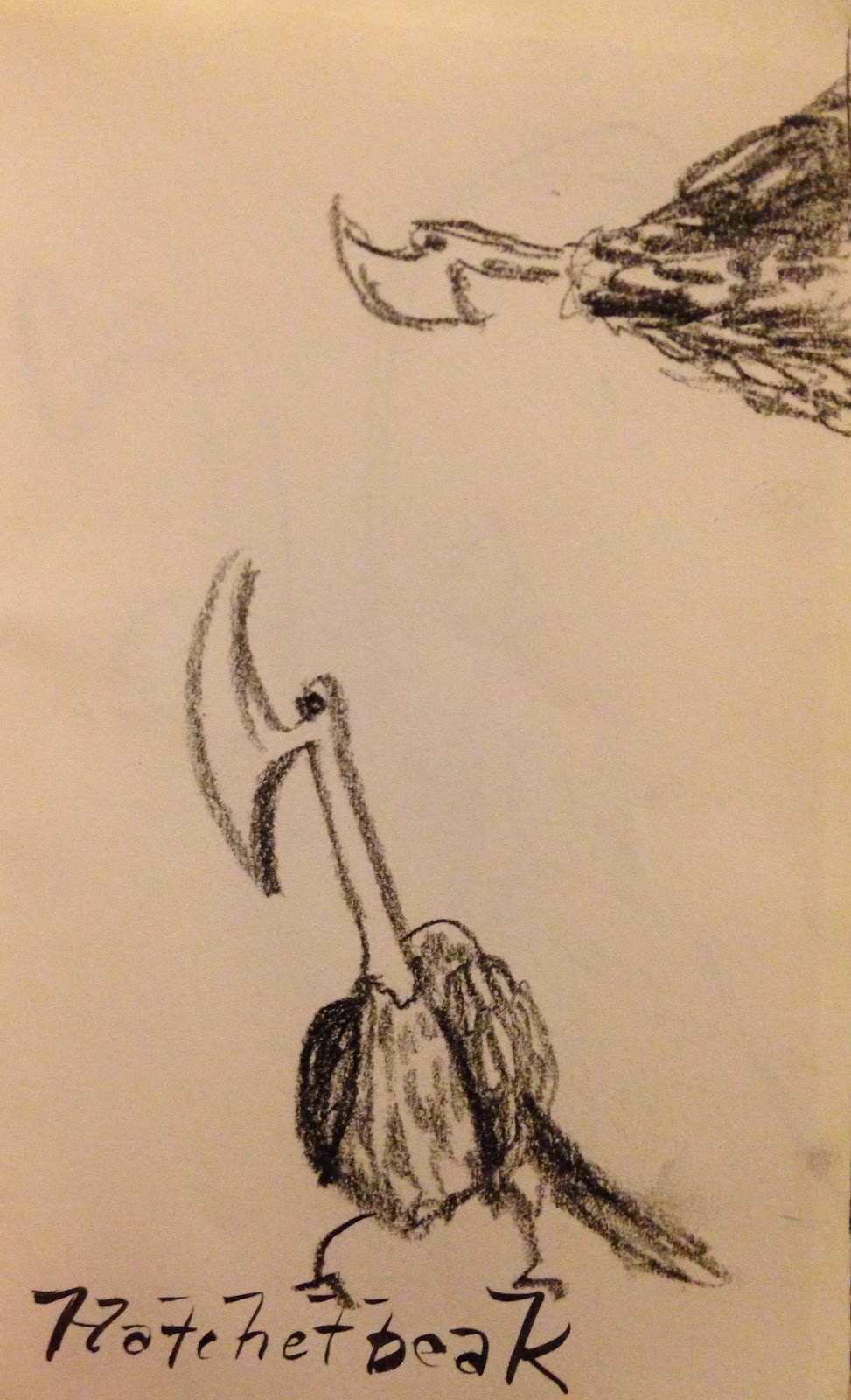 (in addition to damage)
Posted by Josietron at 12:39 PM