Hiss of The Sheath of Magnificent Terror

The Sheath of Magnificent Terror 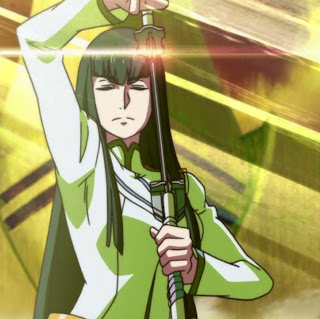 This was once the sword sheath of a warrior so great, he did not have to oil and properly care for his equipment. Eventually, the hiss of his sword being drawing because synonymous with mortal fear. The word which meant both "the hiss of a sword drawn from a rough sheath" and "fear for one's life" existed for generations after his death. Such was the fear of him that he entered the myths and folk tales, the very base beliefs of proceeding generations.

This was his sheath. Any who hear the hissing sound made when a sword is drawn from it must save VS mortal terror (SAN, WIS, or however the GM wants to resolve). The fear rolls have a penalty equal to the wielder's Charisma bonus. Those who fail are frozen in place, as they perceive the drawing of the sword to be neverending, the moment and sound extending in time to an impossible degree. The sword being drawn seems to be forever emerging from it's sheath. An endless stream of metal death.

The fearful reveries of those affected are broken when they suffer any damage, are otherwise physically struck, or the sun rises or sets. Non-human creatures of a level higher than the wielder get another save every number of rounds equal to 20 minus the difference in levels or HD between them and the wielder. Magical creatures get a bonus to this roll equal to the number of magical abilities they have. 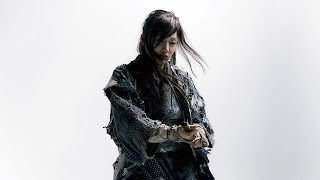 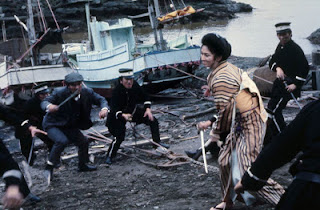 Posted by Josietron at 5:07 PM