God Money Don't Want Everything He Wants It All 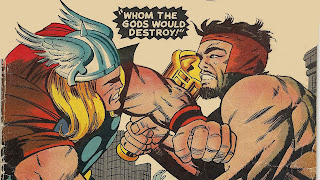 Gods are governments, gods are money, gods are "Too weird to live, too rare to die."

If you don't give a shit about the context and just want to skip to the juice, go to the *.

When I was originally playing D&D, I just let gods sorta be the abstract mythological spell-granters and deus ex machina that 2E made them out to be. 2E had some interesting ideas about gods, though, like they completed for influence of different spheres (oh shit the God of Magic died everyone jockey to take his/her place!) I can't remember if it was 2E or reading Neil Gaiman later that introduced me to the idea that gods have power relative to their amount of followers and the degree of faith those followers have.

When I got back into the hobby with 4E, then back back with the OSR early last year, I avoided the subject as much as possible. I didn't see a reason to figure out how gods worked. Eventually, though, I realized I was leaving out something that can add a lot of character to a campaign. What gods are and how they work is part of the "physics" of the campaign; players understanding that stuff helps them set goals and be creative with problem solving. After understanding that, I knew I'd have to deal with it eventually, but not how.

As there were more and more Kalak-Nur sessions on G+ and my home game players joked that the next person to die has to play a Cleric, I knew it was time to figure it out. I've been listening to several free courses on iTunes U, specifically "The Early Middle Ages" from Yale and "The International System in the 20th Century" from Stanford. Hearing about the relations of the different parts of the Roman Empire and the relations of world powers around 1900, and thinking about the tail end of the Cold War era of my youth, something clicked and I got it. 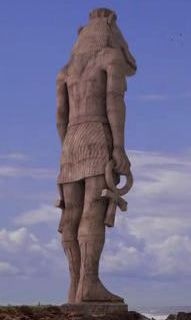 *Gods are like world powers during a Cold War; they are competing for resources and ideological victories, but most of the time the risks of open war on each other is too great. They are too interdependent for that. Competition leads to disagreements, however. Treaties are drawn up. Pacts are made. Backdoor treaties are signed, some contradicting those more overt. Because the big powers can't make open war on each other, sometimes in all the twisty wordings of agreements, smaller powers get a leg up.

Priests are like spies and diplomats, helping allies but also keeping tabs on them. Of course, they are always looking for ways to hurt their enemies. This happens either through direct attack on priests of enemy gods or longer term manipulation of economies, society, and ideologies to diminish belief, and thus their godly power. All gods and their devout followers are playing a long term game, to increase the number of followers, intensity of belief, and even perception of the faith by non-believers.

So what are gods in this line of thinking? I like that every DM has their own ideas about what the gods are, but here's what they are to me.
Gods have several possible origins:
1. Two other gods breed, and then must find or cultivate an idea or sphere of influence for their offspring to take over and cultivate a following for them.
2. Somehow belief in a god that does not yet exist spreads to the point that they come into being.
3. A mortal is chosen by the gods in a pantheon to be uplifted and take over a sphere of influence or idea that is currently "orphaned".
4. A mortal becomes so uniquely powerful, revered, and strange that mortality is no longer appropriate.

Obviously the last two have potentially greater ramifications for PCs. The first two can generate a lot of great story hooks, however, and that's what this is really all about. Gods are there in the game, so I want them to generate adventure and give the PCs interesting choices.

I figure at some point, a creature becomes so powerful that the god option opens to them; gain functional immortality and be able to grant abilities to others and all that, at the trade off of your power being limited by the strength of the faith in you. This could lead to other interesting ramifications, like gods who are still around even though the faith in them has all but vanished. They'd still be somewhat immortal and have all these weird powers, but with limitations that put them in odd situations...situations maybe PCs can help them with or help others out of.

Anyway, GODS. Waddaya think? Here's a weird picture of Jesus fishing for a sea monster with the apostles and himself as bait. I think bait-Jesus has a bow in his hurr. 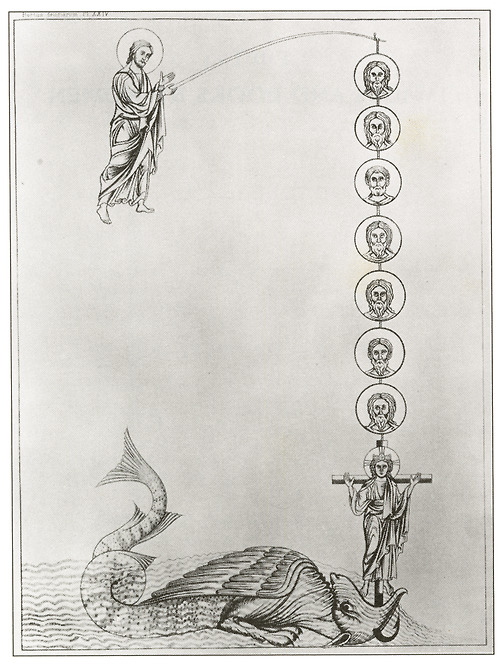