Random Encounters in the Empire of the Flaming Moon

I'm not sure how I'm feeling about Empire of the Flaming Moon as the title for my "gritty fantasy Asia at war" game I'm brewing up, but still woolgathering about it. It'll be heavily informed rules-wise by the Games Workshop hardback of the Stormbringer rules, so the 1st-3rd editions of that game. Also Warhammer. But less fiddly.
Anyway, here are some boring tables posted for my own use spiced up with pictures. This is for areas between settlements, so interior to the country; areas ostensibly under the rule of the Emperor, Shogun, and Samurai. 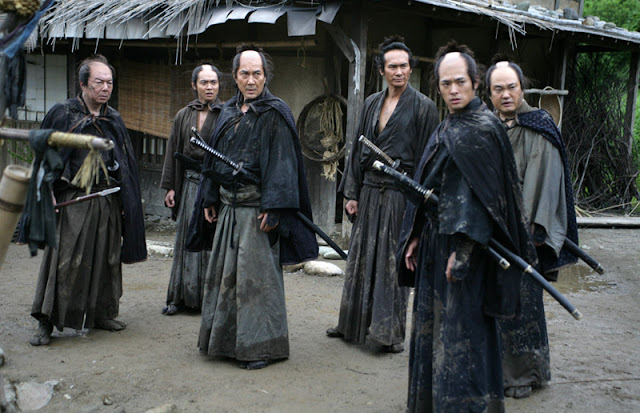 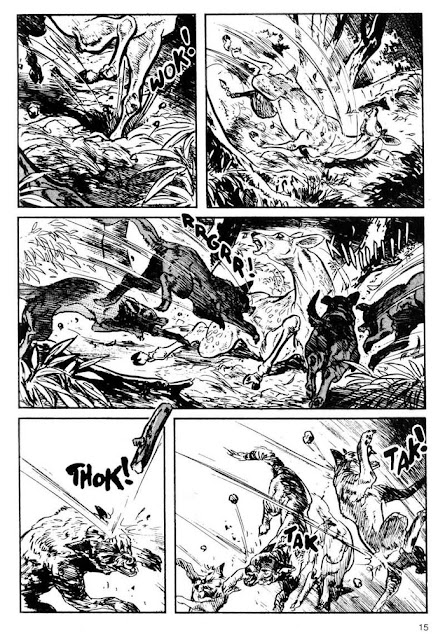 if Samurai:
1. on Diplomatic mission
2. hunting with Noble
3. on manhunt
4. accompanying Emperor or Shogun

if commoners:
1. priests
2. crazy old man priest antagonistically teaching you a lesson
3. Nunekin in disguise
4. Yakuza, disguised or not 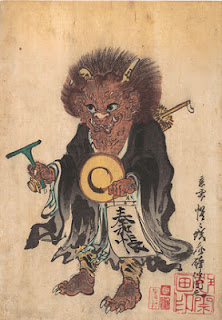 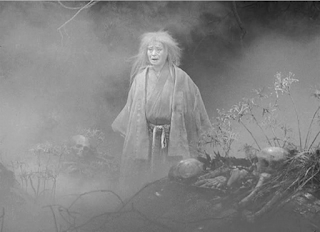 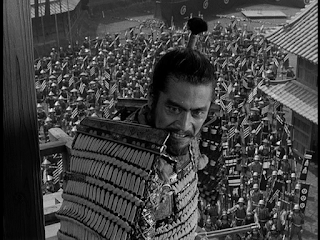 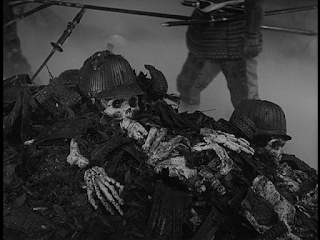 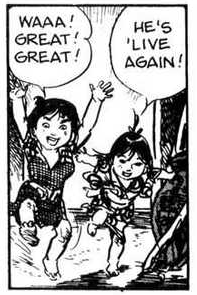 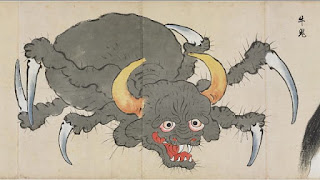 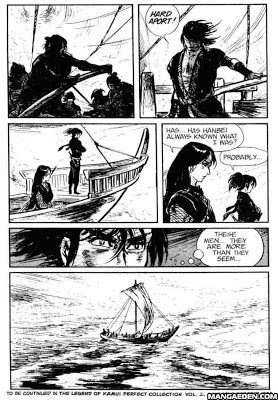 (images from the films 13 Assassins, Roshomon, Throne of Blood, and the mangas Kamui Gaiden and Legend of Kamui, and some random Oni and Bakemono from the internet)