3 party members lost a fight with some bandits last session, and were captured to be sacrifices to...something. The other 2 tracked the bandits to their hideout, and used stealth and being a bear to surprise the bandits. The PCs were doing really well early on, but both sides were quickly skirting death and it was a genuine struggle. As a DM, it felt really awesome because I had no idea what was going to happen next. The PCs did a lot of clever things, the bandits were intermittently clever and brutal, and it really felt like I had put everything in place and was watching the thing play out.

Justin (who plays Thorbern the hedonistic talking bear), talking about the use of terrain on both sides: "It's like being in a Home Alone movie!"

Me: "I have never received a greater compliment DMing." 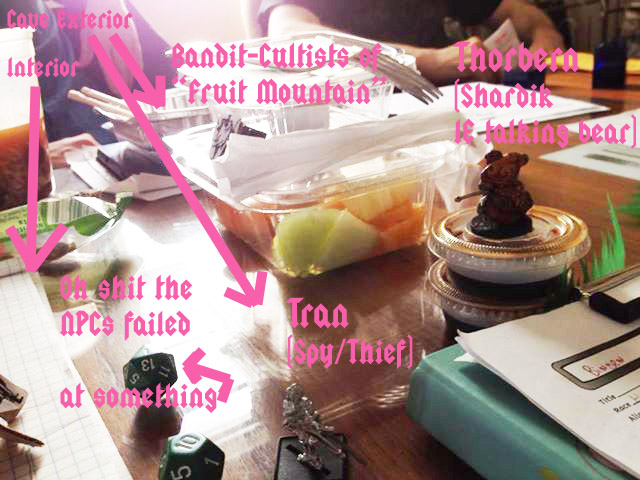 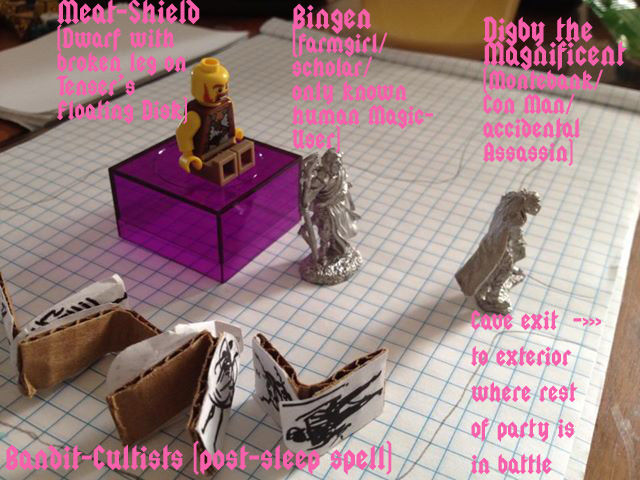 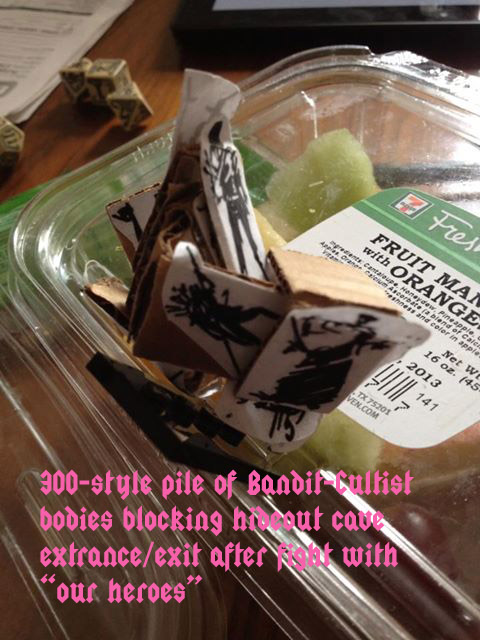 Posted by Josietron at 8:55 AM