The Threefold Passions of Madam Adjani

(this item was not accepted for the LotFP Referee's book, so I am putting it here. Is it clear what it is and does? It is too obviously cursed? (find notes about how cloth makes everyone love you, or makes your senses better, or makes you almost invisible, then find cloth later...) Is it not clear how the effects can be gamed for temporary gain but long term consequences?

Also if you haven't seen the film Possession by Zulawski, starring Isabelle Adjani and Sam Neil, well, see it when you want to be really uncomfortable. It's excellent. The effects of this don't really match up with anything in the film, but her performance in it led to the inspiration for this.

Anyway, the idea was a magic item that you think you can use if you're really careful and manage it well, but can too easily get out of control even if you know what it does. Hopefully by the time you figured out what it really does, though, you'd already be in trouble anyway.

Maybe it's a little too ADnD Artifact-y for LotFP though.) 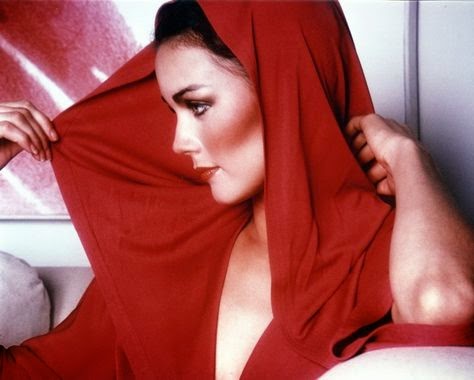 Mme Adjani lived in a great city of the ancient world which was torn apart by the consequences of her passions and admirers. Her emotions were so fevered and unbound that a mortal body and specific time could not contain them. The passions of Mme Adjani left scars on reality, and flare up again when others find remnants of her wardrobe.

The cloth is often found among the dead; when found, the DM should determine if the previous owner is still alive (see below). Often there will be lavishly written notes extolling the wonderful effects of wearing the cloth. These notes are written by those under the effects of the cloth, and while not outright lies, portray the effects in a positive light.

d6 to determine what the note describes or the effects of wearing the cloth without specifically folding it.

1: Fold 1
2: Fold 2
3: Folds 1 & 3
4: Folds 1 & 2
5. all 3
6: The writer of the note, while overtly positive, worked in enough nuance that with a successful Wisdom roll the reader gleans there may be unpleasant consequences to wearing the cloth. Roll again.

Fold 1: All who behold the wearer of the cloth must Save VS Device or fall for the wearer - desperately, jealously, murderously. The passion is so overwhelming they may even avoid the cloth-wearer at first, taking days to work up the courage to say, "Hello."

Within a week, they will begin stalking their beloved and acting to separate them from other potential lovers. This may start as social manipulation but extends quickly to abduction, imprisonment, torture and murder. Often the smitten person will not reveal their feelings (and attendant actions) until they have accumulated a body count to "prove their love". Those who are not monogamous may work together, but jealousy is one of the passions the cloth enflames.

The enthralled must have the object of their affection. They will not take rejection well.

The Save is rolled the first time one views a person wearing the cloth folded this way. If the person passed their Save, they must Save again if they see a new person wearing the cloth with Fold 1. Once the passions have taken hold (IE the Save is Failed), the effect remains even if the wearer removes the cloth, uses a different Fold, or a new person is seen wearing Fold 1. Each person affected by Fold 1 must have a Remove Curse cast upon them while the object of their affection is out of sight.
Optional: Those who spend most of every day with the wearer (such as party members) save again at +1 (bonus) every day more than 8 hours is spent in the wearer's presence. ("Remember when the whole party was in love with Steve for a week? That was weird.")

Fold 2: The wearer's own passions become ungovernable. Each day they must Save VS Device at a cumulative -1 for each day they have worn the cloth. When a Save is failed, the wearer pursues every passion and interest without regard for safety, social convention, or previous experience until they become unconscious or die. They may veer from animalistic abandon to wanting the finest things society can provide in an instant. If they are still wearing the cloth after a period of unconsciousness, they may Save again.
Depending on your group, the DM may need to control a PC affected thus, or it may be more fun to let the player play it out.

Fold 3, or if carried unworn (such as in a bag): The wearer cannot stir the emotions of others, and is easily forgotten. A companion may cut a rope the bearer is climbing on if the rest of their companions climbed up it first, for instance. The wearer's contributions to all endeavors are taken for granted or forgotten about. If caught doing something nefarious, the wearer may still be attacked, arrested, etc - but will likely be left there to rot, as their associates and guards will forget to feed or free them. The wearer cannot convince anyone of anything except through the most logical argument. Companions will forget to cut them in on profits, and employers will forget to pay them. 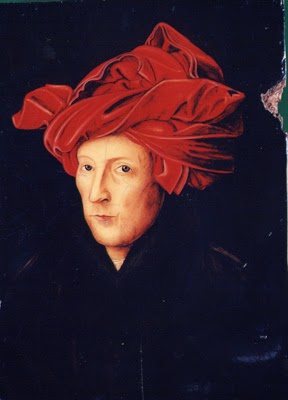 If someone attempts to remove the cloth from a conscious wearer, the cloth will strangle the wearer for increasing damage every round: 1d4, 1d6, 1d8, etc
The cloth can be stolen from an unconscious wearer, but see the next paragraph.

The wearer will be compelled to write notes as described above (describing the effects of wearing the cloth in a positive light) before being able to remove it themselves.

All current effects of the cloth will be cancelled if it is placed in Mme Adjani's grave. This should take much research, travel, and exploration to find. After a day in her grave, the cloth will attract explorers. Her passion must be spread in the world again.

The PCs coming into a city where the grizzled outcast ruined their life with Fold 2, a local built up followers with Fold 1 who are now turning on each other, and someone else is using Fold 3 to hide in plain sight could make for a nifty investigative adventure with opportunity for horror and peril. 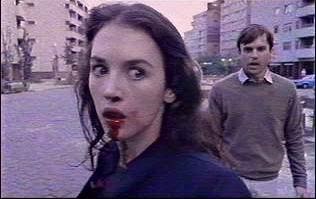 Posted by Josietron at 9:44 AM