I'm sure this has been done before. When I'm inspired I gotta jump on it, however irrelevant to my ongoing projects. I have a few race/classes to write up this and next week that have potential cosmological implications for your game, should you allow them. Players, ask the DM before playing one of these in their game and be cool if the DM says NO.
The way I thread the needle between old school race-as-class and my love of weird combinations is that I allow PCs to be like, "my character is going to try Thief stuff for a while and pay that NPC in the town we're in to train him" or something like that and thereby take a level in Thief instead of putting that XP toward second (or whatever) level in their current race or class.
Anyway. This is the first entry in what will be at least two very different blog posts with perhaps similar themes. Let's call it Victories and Voids: A D&D Game About Nothing. 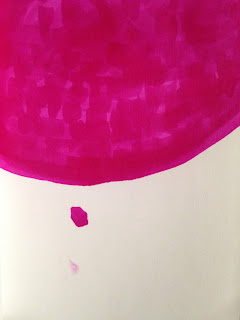 Expelled From the Holy Gelatinous Oneness
You were once part of the One Gelatin, a large gelatinous mass taking up an entire plane. You have been cursed, nay, double-cursed, with independence and consciousness. You have found yourself in this place, different from it's oozes, slimes, and cubes. Success for you is consuming things, gaining mass and girth, in the hopes that you will one day be freed of your curses and return to the Gelatinous Oneness. Perhaps you are the holy spawn, and your purpose is to become the Gelatinous Twoness, consumer of this plane?

Having been cursed with consciousness, unlike the other slimes, oozes and cubes of this place, who are only cursed with individuality, you have found some kinship with other outcasts of conscious races. You have decided to travel with them, for a while, and not eat them immediately. They seem to attract new and interesting things to consume and make part of yourself. 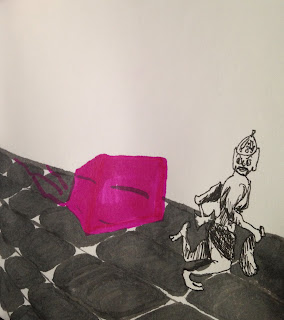 Gelatinous Cube
HD: 1d10
AC: as unarmored, improves by 1 per level until level 4.
Saves/XP Advancement/Fighting Progression: As Dwarf
Size: 3 feet on a side. You gain a foot every level between 2nd and 7th.
Weapons and Armor: Unable to use armor. May use weapons or items for 1 round per day per level with a -2 to hit. After that you have either consumed them, absorbed them, or expelled them onto the floor.

Special:
•+1 to surprise other creatures, improves by 1 every other level
•Digest anything less dense than glass (IE wood and other organic materials) quickly
•Ability to absorb material that you cannot digest (metal, glass, gems) and store them within your body for several weeks. They are visible to observers, quite clearly if recently used.
•Natural melee attack doing 2d4 points of Damage (your digestive process)
•If you touch a creature's skin, that creature must save versus Paralysis or be paralyzed for 1d4 rounds, increasing duration by 1d4 every other level until 9th. Creatures that pass their save cannot be paralyzed the same day by you. Every subsequent creature you paralyze after the first in a combat gets a cumulative +1 bonus to their saving throw. Your natural attack automatically hits paralyzed creatures.
•You have a save VS any Cold attack, even if one is not normally allowed. If you fail the save, you move at half speed and only do 1d4 points of damage for the duration of the Cold effect or 1d6 rounds if the Cold effect has no duration.
•You are immune to fear, hold, paralysis, polymorph, and sleep based attacks.
•Roll or choose your communication method:
1. verbally by routing air through yourself
2. visually forming letters on a side of yourself
3. Pheromones, through smell
4. telepathy

Go forth and devour!
Posted by Josietron at 3:53 PM