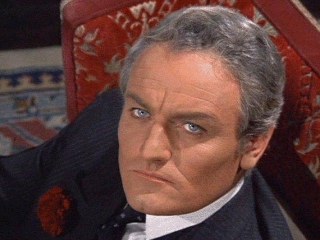 -It is generally believed that the enforcement of his Magikal Laws is responsible for the zombie plague being restricted to the Westlands; even those who would otherwise question his authority tend to toe the line due to fear of zombie outbreaks (which haven't happened in the Grey Waste or east of there as of yet). His justicars investigate all reports of necromancy, blood druid practice, and any high level spell casting. They seem less interested in magic item or magitech use, although that stuff is rare so it's hard to know for sure.

-He seems to be the only high level magic user around - the others that were known (priests included) were arrested and imprisoned by his justicars or the man himself to "protect the people".

-He considers himself the true authority in the Grey Waste, and it's common knowledge that the bigger settlements pay him duties. He's kind of like a police force, army, and FBI not attached to any government.

-Most of his servants and justicars seem to be from the same tribe of goat-men, but some other humanoids are employed thus. They follow Mocata with religious fervor. He sometimes allows squads to be hired out as protection to important trade convoys, but this isn't part of their normal duties. 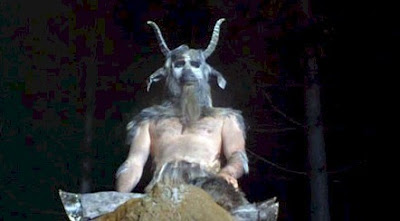 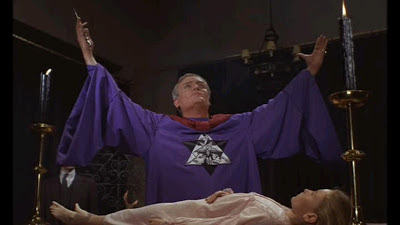 There are rumors that he is into all sorts of nefarious stuff; summoning demons, humanoid sacrifice, even the necromancy he so harshly punishes in others. The one known escapee from the dungeon under his complex had bizzarre stories but could not describe it in a way that made sense and died shortly thereafter.
The people spreading these rumors tend to get really paranoid and recant later.

IN GENERAL, he is seen as a benevolent figure, and his heavy-handed policies towards magic-users are tolerated. He keeps out of other matters generally, so the leaders of the settlements have no conflict with him. It is known that there is tension between him and Victor Victarion, but since Victarion is on land otherwise infested with zombies, no one asks too much about it or cares. 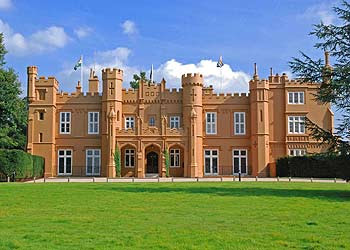 The outside of Mocata's Stronghold 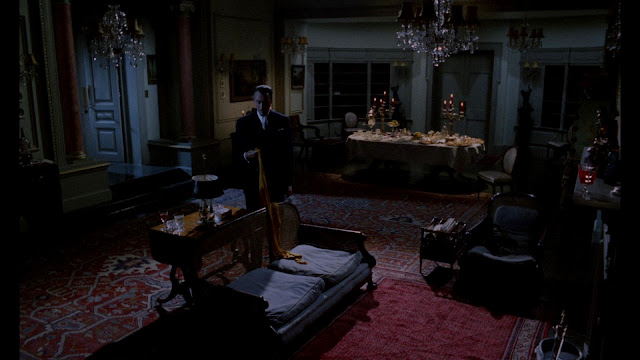 The area where Mocata greets guests. The thief pictured here was never heard from again. Usually it is better lit.

Community leaders in the Grey Waste tend to think of Mocata as essential to stabilizing the region and that he is taking care of something they would have to deal with if he were not around. IE he is taking a burden from their shoulders.
Opinions about him amongst the common folk are varied, but no one speaks against him without backtracking within the same conversation that you can tell. 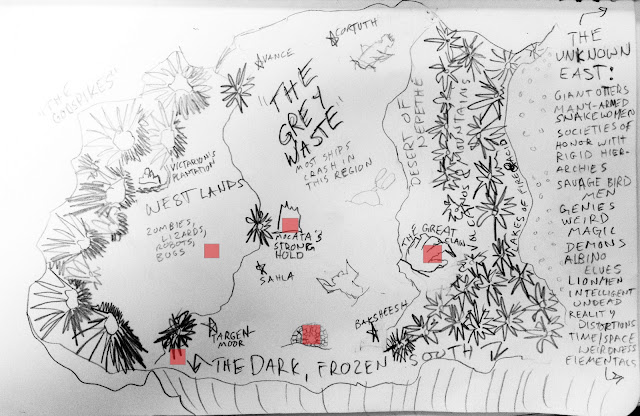 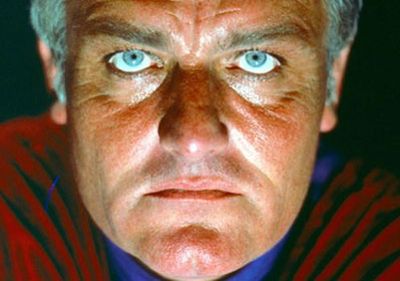 Anything else you need to know?

Images mostly from the great movie "The Devil Rides Out"
Posted by Josietron at 8:35 AM