THE BURNING EYE OF TRUTH 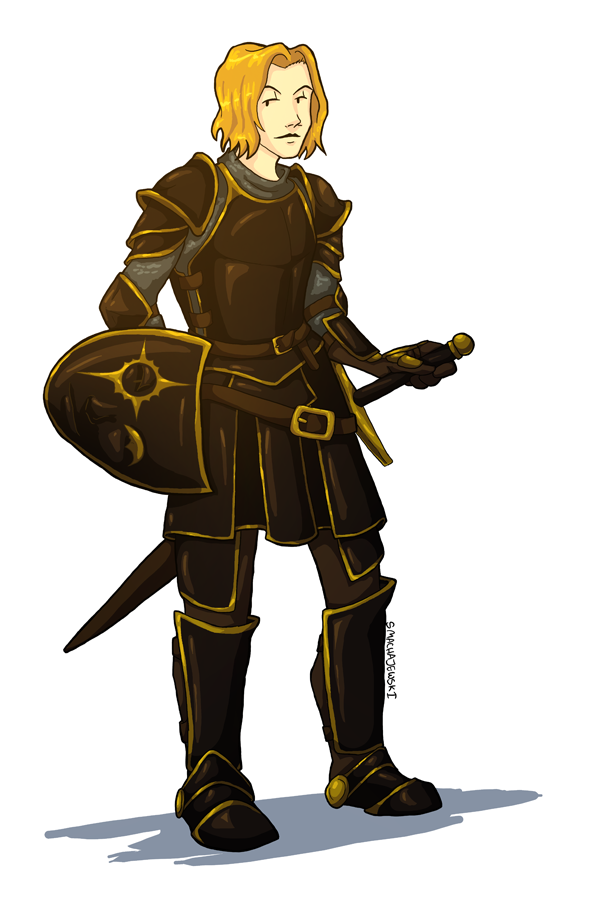 GORGATHON IS PLEASED. His paladin Sir Ward, Knight of Jet and Gold, bearer of the torch of knowledge, has been returned to mortal form by the efforts of his comrades. EACH of these comrades has gained Gorgathon's blessing, and each may use the following ONCE*:

THE BURNING EYE OF TRUTH
Light a torch while saying Gorgathon's prayer. All within this torch's light is revealed: magik, invisibility, alignment, lies, traps, doors. The one who lit the torch can see all in it's light, no matter how far away from it.
These effects last until the torch goes out. The flame is not artificially sustained, and is subject to environmental conditions as normal flame.

SIR WARD and other PALADINS of Gorgathon may use this ability once per week, or once every 3 sessions.
CLERICS of Gorgathon may cast this as a Spell, choosing one of the things listed above to be revealed for each spell level  - if cast as a 6th level spell, all is revealed. If cast as a 3rd level spell, three things from the above list are revealed.

In both cases, a torch must still be lit, and the effects fade when the torch goes out.

*Note that the light of Gorgathon does not shine in every plane, and if the DM decides this doesn't work in their game, the player shall not pout or argue.

SIR WARD, you seek purpose.
-Gain and apply your knowledge to restore life where you have taken it in error

-Spread the word of the Eye of Fire to other planes; gain converts and new followers of Gorgathon; encourage them to adventure and seek knowledge as you do

-Make (or help make) a place such that adventurers may gather there, and spread their gathered knowledge to each other

-Should your companions seek that like which came from Manzarin and was expired, let them seek it in the Interstices

I do not hide knowledge behind awesome poems. May the light of knowledge shine upon you.
Posted by Josietron at 2:32 PM